CORE autosport looks ahead to enhance ALMS standings at Mid-Ohio

The team comes off of a roller-coaster race at Mosport International Raceway where the team finished one-two in class – with the #06 Excel Consultants / Composite Resources ORECA FLM09 of Ricardo Gonzalez and Gunnar Jeannette in first, followed by the sister #05 Bayshore Recycling / Composite Resources car driven by team founder Jon Bennett and Frankie Montecalvo. 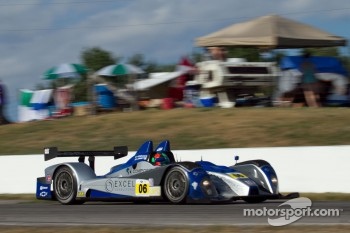 Both Ricardo Gonzalez and Gunnar Jeannette scored podium results in the LMPC class at the corresponding event last year – Gonzalez finishing second on his class debut with Luis Diaz while Jeannette was third with Elton Julian. Frankie Montecalvo also made his LMPC class debut at Mid-Ohio in 2010.