Following a promising qualifying performance on Friday, where Bouchut put the No. 055 Microsoft Office 2010-sponsored car on the grid for the second-to-last American Le Mans Series race of the season, there were high, but realistic hopes heading into the new cost-capped LMP2 car’s first race.

Everything went to plan with the debut of the new HPD.

But perhaps nobody, not even the Level 5 crew, could have expected such an impeccable run in the car’s debut. The HPD prototype hadn’t turned a wheel until last Wednesday and had less than three hours of combined run time before the race start.

With the HPD ARX-01g running like clockwork through all six hours with not a single unscheduled pit stop or issue, Tucker, Bouchut and Diaz took the checkered flag in an impressive fourth position overall.

It was enough not only to secure the team’s fourth LMP2 victory of the season, keeping their undefeated win streak in the American Le Mans Series intact, but also to clinch the drivers’ championship for Tucker and Bouchut prior to next month’s season-ending Petit Le Mans at Road Atlanta.

For Tucker, who is now poised to become a four-time national driving champion, it proved to be another busy but successful weekend at the track. He also drove in the IMSA Cooper Tires Prototype Lites and GT3 Cup Challenge by Yokohama races, winning both races this weekend,a double victory in the Lites L2 class to go along with his LMP2 crown.

“It was a busy day,” Tucker said. “I was just trying to bring my game up and get as much track time all weekend. It worked out well and paid off. Everything went to plan with the debut of the new HPD. We wanted to get the car to the finish and we did. It gives us a lot of confidence before the next race at Petit Le Mans.” 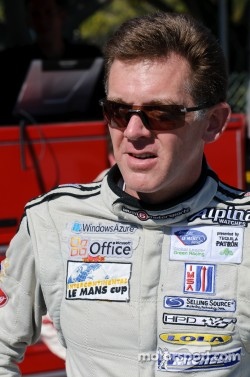 There’s also optimism given the car’s impressive pace straight out of the box. Bouchut recorded a best time of 1:16.867 during his middle stint, which was only one-second slower than the LMP1 race-winning car’s quickest time, showing the strength of the bespoke HPD package, even in the early stages of its development in the cost-capped configuration.

“Sometimes it’s hard to push the car to the limit but today the car was really good,” Bouchut said. “Traffic and the track conditions were difficult but I was able to push the car and didn’t make any mistakes. We made a lot of improvements on the setup in such a short period of time. The car reacted very well to the changes we made. It’s been a wonderful start to this new program. Everybody on Level 5 team is very happy.”

Diaz, who brought the car home nearly on the overall podium, was equally pleased with the effort put in by the entire crew this weekend.

“Level 5 did a great job in putting the car together in a short time,” Diaz said. “The team worked so well in the shop and at the track. Scott has been working hard to show he is at the top of his game. Christophe is so fast and it shows that it’s the car to have. We’re confident with the performance of the car and heading into Petit Le Mans, I think we’ll no doubt be competing for first place in LMP2.”

“This was exactly what we had hoped for,” said team manager David Stone. “The car ran like a Swiss watch all day. That’s really what we wanted to do, so we couldn’t have asked for anything more than that. The drivers all did a great job of not putting a scratch on the car, which is good. The Level 5 team put in another stellar effort with such a short time frame in putting a brand-new car together. All of the people from HPD also did a great job. We’re looking forward to getting into Petit Le Mans and go for the big one.”

It’s no doubt busy times for Level 5, as some of the crew now head back to England to prepare the team’s second new HPD ARX-01g for its planned debut at next month’s Petit Le Mans, which will close out the 2011 American Le Mans Series season. The 1,000-mile/10-hour race at Road Atlanta will also play host to the second-to-last Intercontinental Le Mans Cup round of the year. 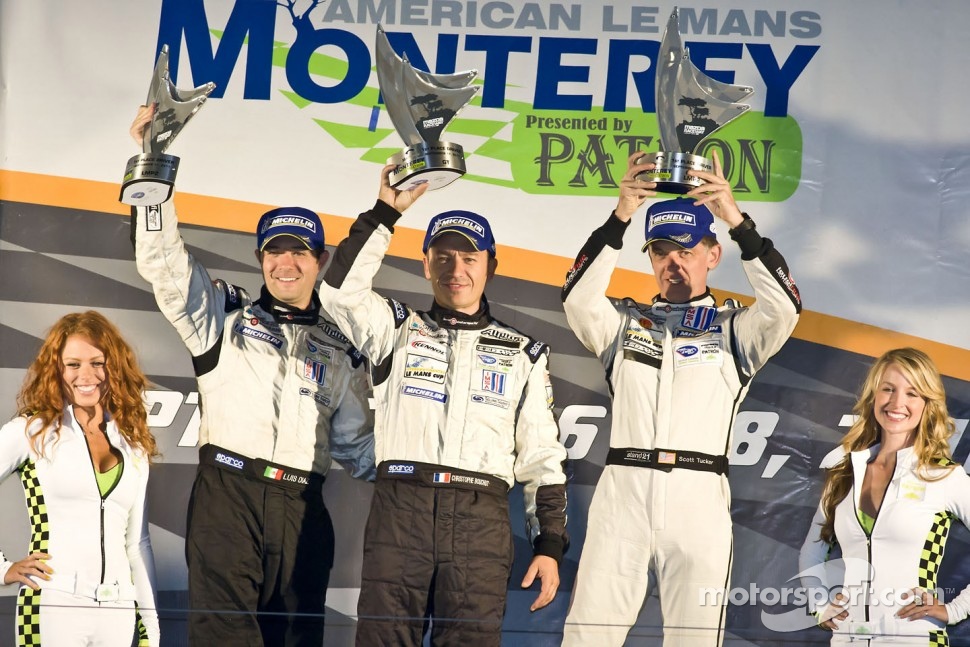 Buckler to drive at Laguna Seca