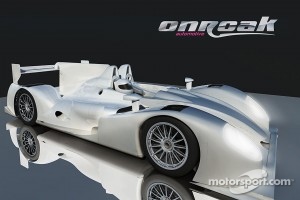 IZOD IndyCar Series veteran Plowman and sports-car veteran Heinemeier Hansson will drive the No. 37 Conquest Endurance Morgan-Judd LMP2 beginning with the prestigious 60th Anniversary of the Mobil 1 Twelve Hours of Sebring Fueled by Fresh from Florida on Saturday, March 17 at Sebring, Fla.

A third driver will join the team next month for Sebring and the 15th running of the Petit Le Mans in October at Road Atlanta.

“When we announced the expansion of our operation with the formation of Conquest Endurance in December, I knew we had a lot of work to do to be ready for Sebring,” said Eric Bachelart, Conquest Endurance team owner. “Finding drivers was on high on that ‘to do’ list.

“Martin really impressed me in his three starts in the IZOD IndyCar Series last season, so I am very happy to have him join Conquest. David’s solid racing resume, combined with his off-track success, tells me he is a focused individual who will complement Martin in the cockpit.”

Englishman Plowman, 24, made three starts for Sam Schmidt Motorsports as a rookie in the 2011 IZOD IndyCar Series, with a best finish of 11th on the streets of Baltimore. He was a Firestone Indy Lights standout in 2009-10, finishing third in the standings and winning at Mid-Ohio in 2010.

“I’m really excited to get started with Conquest Endurance at Sebring,” Plowman said. “I always have respected the way Eric and Conquest go racing in INDYCAR, as he is one of the good guys in this sport. This is a great opportunity for me to drive a prototype in the ultra-competitive ALMS. I know that I have a lot to learn about endurance-style racing, but I am calm and ready for the challenge. I’m definitely going to make the most ofit.”

Danish-born Heinemeier Hansson, 32, has put his sports-car career on a fast track since his first race in 2009. He drove in selected ALMS, Intercontinental Le Mans Cup, IMSA and GRAND-AM events in 2010-11, teaming with such sports car standouts as Johnny Mowlem, James Rossiter and Dominik Farnbacher.

Heinemeier Hansson also is a successful, multi-faceted entrepreneur. He is the creator of the popular open-source Web development framework Ruby on Rails, a partner in the Web-based software development firm 37signals and co-author of the New York Times best-selling business book “Rework.”

“I’m thrilled to take part in Conquest’s new endurance program,” Heinemeier Hansson said. “Everything I’ve heard of the team has been great. It’s fantastic to start my first full season in ALMS with a team that has such a long history in motor racing. Teams come and go all the time. It takes real skill and dedication to have staying power like Eric’s Conquest team.”