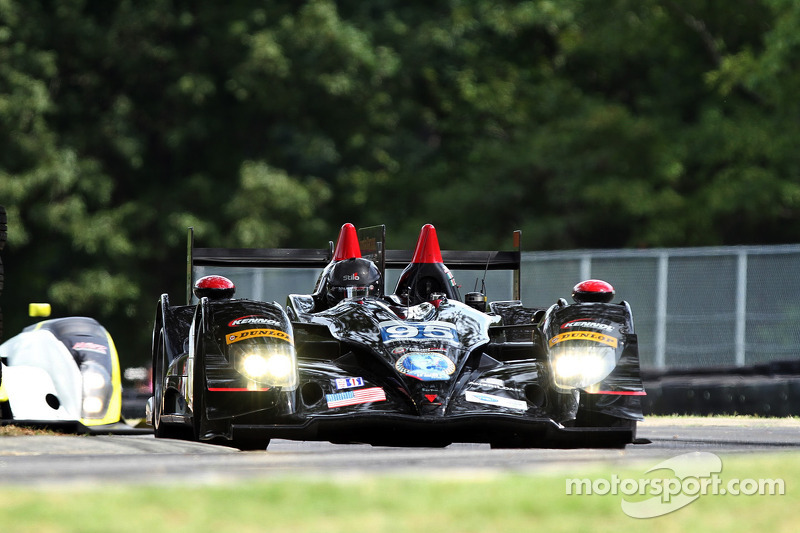 Scott Tucker, driver and team owner of Level 5 Motorsports, announced today that Dario Franchitti and his brother Marino Franchitti will join the team for the season-ending Petit Le Mans at Road Atlanta next month. With a second-consecutive American Le Mans Series LMP2 Championship hanging in the balance, this announcement adds a great deal of excitement to the upcoming event.

Tucker, along with regular teammates Christophe Bouchut and Luis Diaz, will be in the No. 55 Honda HPD ARX-03b in the quest for the Championship. In addition, Tucker will be behind the wheel of the team’s other entry, the No. 95, with the brothers Franchitti.

We’re thrilled to have Dario and Marino Franchitti with us to close out the season.

“We’re thrilled to have Dario and Marino Franchitti with us to close out the season,” Scott Tucker said. “We’ve had a great year, and we are looking forward to another strong effort at Road Atlanta for Petit Le Mans. And, having the Indy 500 champion on your side is always a plus.”

Dario Franchitti of Target Chip Ganassi Racing, a four-time IZOD IndyCar Series champion and three-time winner of the Indianapolis 500, will join his younger sibling along with Level 5 driver and owner Scott Tucker in the No. 95 Honda.

While Marino Franchitti was competing in his only other start for Level 5 — the 2011 Petit Le Mans — his famous older sibling spent part of the weekend with the team as a spectator. This will be Dario’s first start for the team, but the open-wheel superstar is no stranger to sports car racing. In 2007, Dario became first professional race car driver to ever capture the 12 Hours of Sebring, the Indianapolis 500, an open wheel title and the Rolex 24 At Daytona consecutively, accomplishing the feat in less than one year. Mario Andretti and A.J. Foyt are the only others to win the four titles, but neither did so in succession.

Marino is one of the most accomplished drivers in the ALMS having earned the 2010 ALMS Championship and wins in the LMP2 category at Petit Le Mans consecutively in the years 2009 and 2010. The opportunity to have two Franchittis this season at Petit Le Mans was one that Level 5 jumped at.

“Marino did a really good job for us last year,” said Level 5 team manager David Stone. “He was quick, he took care of the car, we didn’t have any drama there, and he’s a pleasant guy to work with, and very professional. As we were looking at driver lineups for this year, the thought about Dario came up. His Indy season is over for the year, and he had told his brother he might come down and hang out like he did last year at Petit Le Mans. And, I just had the thought, ‘Well, you’re not racing and you’re going to be here, anyway, what would you think about driving with us?’ And, I proposed the idea to Scott, and Scott liked the dynamic of that.” 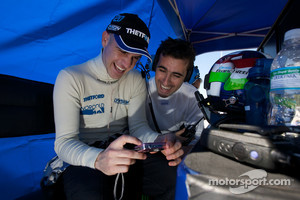 Attracting a driver with the credentials of Dario Franchitti, one of the most accomplished open-wheel drivers in the world, is certainly a testament to the caliber of Level 5 Motorsports.

“It’s consistent with the image and the presentation and the commitment that Scott Tucker has to making Level 5 the best team that it can possibly be. I know that’s my commitment to Scott, as well as the performance from the team,” Stone said. “Level 5, even from its beginnings in prototype racing even when we were doing Daytona Prototype Racing and beyond there, we’ve been able to attract world-class drivers. So, I think it has just been Level 5 Motorsports’ reputation as a team that has the resources to always try to do the best possible job that we can.”

Petit Le Mans, which covers 1,000 miles or lasts a maximum of 10 hours, is friendly terrain for Tucker and Level 5 Motorsports. Last year, the trio of Tucker, Bouchut and Joao Barbosa scored a dominant victory in the LMP2 class while finishing sixth overall out of 52 entries.

Tucker and Bouchut clinched the 2011 P2 class championship after a flawless run that saw them bring their three-week old HPD ARX-01g car home in one piece from the lengthy event.

Adding the Franchitti brothers to the mix for Petit Le Mans could bolster the team’s championship efforts.