Sunny conditions prevailed for what proved to be an exciting qualifying session. Back to full fitness after recovering from his bike accident, Anthony Davidson secured his second pole position of the season and the Peugeot 908’s fourth this year. Stéphane Sarrazin qualified in third position. With an extra point awarded for pole position, Peugeot now only needs eleven points to wrap up a second consecutive Manufacturers’ title. However, the narrow gaps between the leading cars point to a very close and hard-fought race.

We’ve got off to a good start.

Team Peugeot Total has been hard at work at the Road Atlanta track since Sunday to prepare for this, the penultimate round of the 2011 ILMC. The free practice sessions gave the drivers and teams the opportunity to complete their preparations on this unusual and spectacular track. If the incredibly disputed free practice sessions are anything to go by, then we can expect a breathtakingly close race.

Anthony Davidson therefore repeated his performance of last season, where he took his first pole position for Peugeot. Today was the third time the British driver has been tasked with qualifying a Peugeot, and he has now picked up pole on all three occasions (Petit Le Mans 2010 and 2011, and Imola 2011)! The Peugeot 908 no.7 (Bourdais, Davidson and Pagenaud) will therefore line up at the front of the field tomorrow, ahead of the Audi no.1, the Peugeot 908 no.8 (Montagny, Sarrazin and Wurz), the Audi no.2 and then the Peugeot 908 HDi FAP run by Team Oreca (Lapierre, Minassian and Gené). We can look forward to a fascinating, incident-packed race.

Bruno Famin, Peugeot Sport’s Technical Director: “Our cars were quick once again, and that's the essential point to remember today. The overall assessment of the qualifying session is good. First of all, we are pleased to have covered a lot of kilometres in free practice. We worked well, without experiencing any major damage to the cars. And then it’s always positive to grab pole position. It’s a psychological advantage, especially when there is so little difference between the cars. This pole position gives us an extra point for championship, which is our main objective. However, the traffic in the race will be hellish, with 53 cars taking part. Our first mission is therefore to reach the end of this 1,000-mile or 10-hour race. But as we are competitors, we’ll be looking to grab any opportunities that come our way.”

Anthony Davidson, Peugeot 908 no.7: “I am very pleased to take this pole position; it’s the best way to start the race. It’s going to be very close. History has so far repeated itself compared with last year, except that in 2010 my car finished second, so I hope we are going to gain a place this year! After injuring my shoulder in a bike accident, it’s a good comeback. The last seven weeks have been difficult. I had to pull out of my home race, so it’s really pleasing to set the best lap today. This is the first time that the three of us have raced together, Sébastien Bourdais, Simon Pagenaud and myself. We’ve got off to a good start. We work well together and the team has once again done a super job all week. The race will be very closely contested. We saw in the free practice sessions just how much attention we’ll have to pay to the traffic. The slightest error can be very costly here, so we’ll need to be really focussed from the start to the end.” 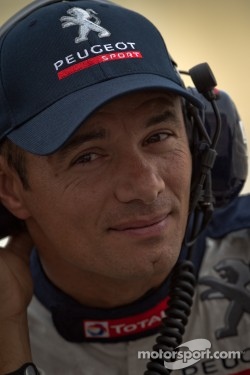 Stéphane Sarrazin, Peugeot 908 no.8: “The session didn’t go exactly as we had hoped, in spite of the fact our car was running very well. I was impeded by another prototype on my best lap. That cost me time, meaning that I ended up third. I am disappointed because with the performance level of our car, we deserved better. I’ve missed out on pole quite a few times now. Nonetheless, the race looks good, because with Franck Montagny and Alex Wurz we have defined a set-up that suits us all and which seems to be effective. Obviously, there is going to be a lot of traffic during the race, and that will be key. Every car will be difficult to overtake; we'll need to avoid making any errors if we’re to get a good result.”

Sébastien Bourdais and Franck Montagny will line up for the start on Saturday at 11.30am (local time) 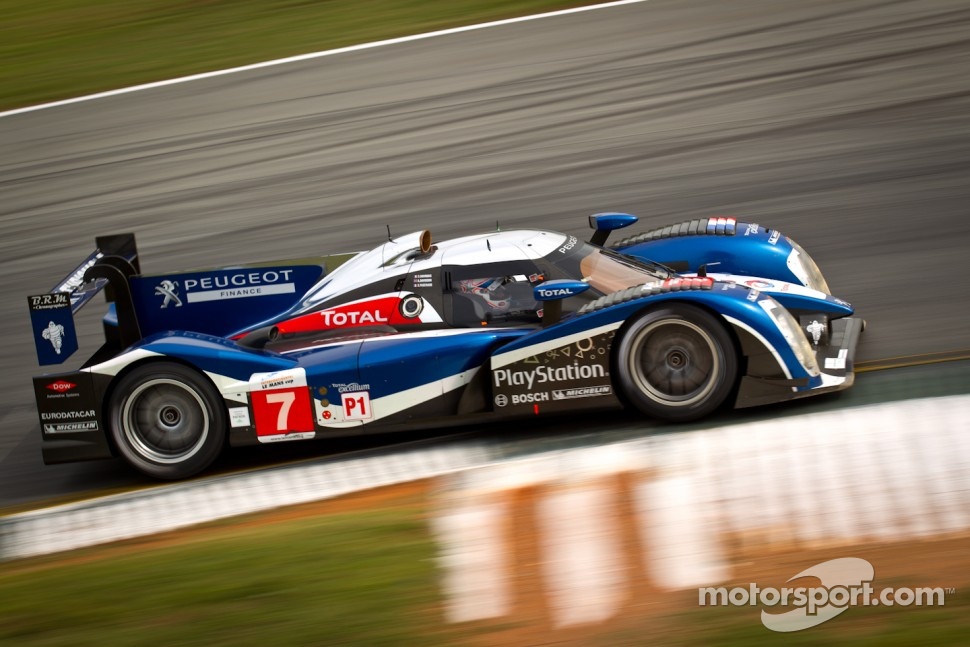