Lucas Luhr set the fastest time in a topsy-turvy, two-hour night practice Thursday in the run-up to Saturday’s Petit Le Mans powered by Mazda. Luhr turned a lap of 1:11.545 (127.808 mph) in the final 25 minutes of the session driving the No. 6 Muscle Milk Pickett Racing Honda Performance Development ARX-03a prototype. 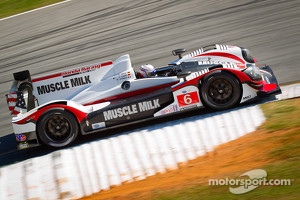 The field was even closer in GT with the 10 fastest cars within 0.784 seconds. None went quicker than Jörg Bergmeister in Flying Lizard Motorsports’ No. 45 Porsche 911 GT3 RSR. His lap of 1:20.202 (114.012 mph) gave him a 0.035-second advantage over Corvette Racing’s Oliver Gavin in the No. 4 Corvette C6 ZR1. Gavin and Milner wrapped up the driver’s championship in the previous round at VIR. 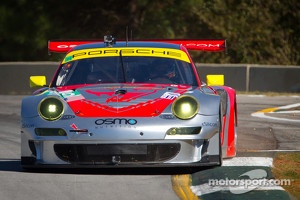