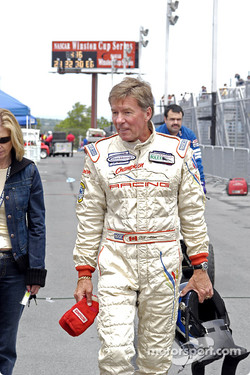 In March of 1980, I was driving a Pontiac rental car northbound on U.S. 27 out of the Miami area, and I was so excited that I could hardly concentrate on the driving itself. Excited by the throbbing four-cylinder horsepower held captive by my right foot? Ah…no! It was my destination – a place I found so magical, so magnetic, that I’d been there many times before in my dreams – but today, I was finally to realize my dream, and actually be, at Sebring!

Like Wimbledon to tennis fans, or St. Andrews to golfers, the name Sebring was like a calling to Mecca for me. As a youngster every race track held certain Walter Mitty dreams but Sebring was very, very special. I would pore over magazines, reading every scrap of information, from every writer, with no detail being too bland. This was where World Champions battled with amateurs in the most exotic of sports cars – the Chapparals, Ford GTs, Porsche 917s and Ferraris. The stuff of dreams!

1980 had started out like the proverbial dream-come-true when I’d received a phone call – THE phone call we all hope to one day get – with an offer from Bob Tullius to become part of the world famous Group 44 race team. Suddenly, after years of funding my own Corvette race car out of my very thin, Scottish right pocket, I was to become a “pro” driver, and race one of the factory backed Triumph TR-8s, co driving with Bob in the long-distance events, and soon to have “my own” car for the sprint races. Ah yes I thought, there is a GOD! I sent my helmet down to the race shop, to be painted in team colors, white with two green stripes, I was fitted to get a brand new driver suit, and my first race was to be … SEBRING!

The word “nervous” can’t accurately describe the turmoil in my body that first morning at the track. I don’t recall getting any sleep the night before as I worried about doing something wrong – anything wrong – that might bring about a premature end to my time with this team. I knew that this was an opportunity that hundreds of other young drivers would happily sell their mothers for – or at least their mothers-in-law – and I didn’t want to blow this once in a lifetime chance.

Bob always liked taking the car out first in morning practice sessions, and that was fine with me on that first day. I was happy to stand patiently watching, absorbing, trying to quell my nervousness as Bob made sure that both the track AND the car were fine. After a short time, he brought the car back into the pits and signaled me in, telling me again, that there was no pressure on me, just to go out and learn both the track and the car at a nice easy pace.

Now, these were the days before we all had Playstations to learn the tracks, so the only things I knew about Sebring were from looking at photographs, and they were:

• It was flat
• There were hay bales on some corners and straights to mark the “track” on this old airport
• It was about 5 miles around.

In short, it was about as alien to me as could be as I’d spent almost all my time racing at my home track of Mosport where the track was clearly defined by pavement edges and huge elevation changes

As I left the pit lane, I was trying to take in everything I could, checking water temperature, oil pressure, trying to feel little things in the car, and all the time looking at these hay bales placed randomly along the old airport runways. I carefully made my way down to what is now the “old” hairpin corner and started up the following long straight, all the while, watching the mirrors for the very few other cars on track with me. After a moment or two, I thought… ‘Hmm, this really IS a long straight’, and wondered why no one had passed me on what would obviously be a very high-speed area. So, I slowed a bit more, waiting for a pass, but still nothing. Slowed even more…still no pass. Finally I came to a dead stop, and shut the car off, only to hear the sounds of race engines far behind me.

With visions in my head of having just set a Guinness record for the shortest pro career ever, I carefully turned around, found my way back to the track, and headed back into pit lane. I think the fact that I had just completed the slowest, non-mechanical-problem lap in the history of the track might have alerted the team that something was a little strange. But much to my relief, only laughter ensued and of course I had to buy at the bar that night.

One other lesson took place at one of our night practices, when I was given the job of running the car out of fuel; no, this wasn’t punishment of any sort, but just part of the regular Group 44 attention to detail. Our crew chief, “Lanky” Foushee had designed the fuel system with two fuel pumps in the cell, one mounted very low and the second even lower, mounted right on the bottom. We’d run on the one fuel pump until it sputtered, then turn on the second and get ready to pit. Of course, we had to know just how far we could go on that second pump, so I was always given this job.

With little fuel in the tank, I was sent out to find that place of starvation, then note exactly how many laps and how far I could go before the car ran totally out of fuel on the second pump. I proceeded to do this, and coasted over to the edge of the very dark Warehouse straight, being sure to pull the car as far off the road as I could for safety. At that point – JUST IN CASE – I got out of the car and wandered into the grassy field, where I lay down on my back to revel in the sounds in the night and appreciate each minute. Well, my appreciation lasted for only about a minute, as the place I had decide to lie down, was already occupied by a rather large clan of fire ants, who were not at all impressed by my crushing part of their patio. Suffice it to say, that I would have impressed an exotic dancer with the speed with which I got OUT of my race suit.

Each year now as I return to Sebring, there is so much to take me back to that first time. Driving my car is SO much better than the Pontiac, but everything else is like déjà vu. As I get closer, I always open my window, taking in the fragrances of the orange groves, which takes me right back to that 1980 magic. Sebring lived up to all of my dreams ... and still does.

Bill Adam is a veteran road racer and broadcaster. He is part of the broadcast team for the American Le Mans Series presented by Tequila Patrón in 2011 on ABC and ESPN2.