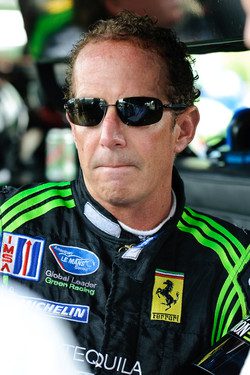 The first competition of the 2011 season takes place Saturday, March 19 with the 59th running of the Mobil 1 Twelve Hours of Sebring presented by Fresh from Florida.

“Last season proved why we so enthusiastically chose to become the Presenting Sponsor of the American Le Mans Series – it was a year marked by enormously competitive, energetic world-class racing that truly captured what our high-quality luxury spirits are all about,” said Patrón Spirits Chief Marketing Officer Matt Carroll. “We’re looking forward to another terrific year of American Le Mans Series racing.”

The Patrón colors will be unmistakable on the track this season, as the Tequila Patrón-sponsored Extreme Speed Motorsports team will sport a brand new, eye-catching and bright livery on its two new Ferrari F458 GTs. The sleek black Ferraris are splashed with Patrón’s distinctive green colors and bee design. The 01 car will again be driven by team owner Scott Sharp, along with Johannes van Overbeek. Behind the wheel of the 02 Ferrari is the duo of Ed Brown and Guy Cosmo. For the season’s two endurances races, at Sebring and Road Atlanta, the team has again enlisted the talents of Dominik Farnbacher in the 01 car, and new team member Rob Bell in the 02 Ferrari.

This continues to be a partnership that is – to borrow a phrase – ‘simply perfect.’

“This continues to be a partnership that is – to borrow a phrase – ‘simply perfect.’ There are so many synergies between the American Le Mans Series and Tequila Patrón that it is difficult to list them all," said Scott Atherton, President and CEO of the American Le Mans Series presented by Tequila Patrón. "We enjoy consumer bases that are passionate and upscale, and both represent the premium brand of our respective platforms. We are grateful for the continued and increased investment of Tequila Patrón in our Series. This relationship has grown every year and we believe that our best days – and biggest benefits for all involved - are still to come.”

At several races this season, Patrón will also work with local race organizers to bring “Club Patrón” to the track, for age 21-and-older fans to enjoy signature Patrón tequila, Ultimat vodka, and Pyrat rum cocktails while taking in the weekend fun.

“Club Patrón was designed with race fans in mind. It’s a relaxed, open-air lounge located right in the center of the action at the track,” added Carroll. “As the presenting sponsor and official spirit of the American Le Mans Series, this fully-contained mobile entertainment venue provides an ideal opportunity and location for people to come sample and enjoy our high-quality ultra-premium spirits." 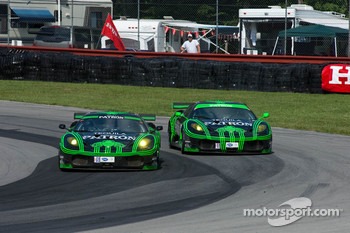 The 59th Mobil 1 Twelve Hours of Sebring presented by Fresh from Florida is set for 10:30 a.m. ET on Saturday, March 19. The race will be shown live and in its entirety on ESPN3.com starting at 10 a.m. ET. ABC will provide coverage from 12:30 to 2 p.m. ET on Sunday, March 20. Visit the American Le Mans Series' schedule page for information on tickets and area accommodations.