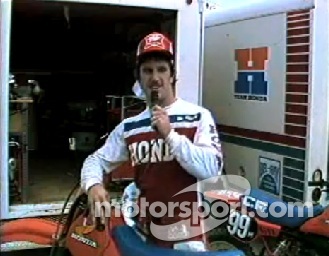 PICKERINGTON, Ohio -- The American Motorcyclist Association Motorcycle Hall of Fame is pleased to announce the next member of the induction class of 2012. Jimmy Ellis, the 1975 AMA Supercross 250cc National Champion, will be inducted into the Hall of Fame as part of the 2012 AMA Legends Weekend at the Red Rock Resort in Las Vegas, Nev., Nov. 16-17.

"It would be hard to argue that any motorcycle racing activity has reached as many fans as AMA Supercross," said Tom White, a member of the board of directors of the American Motorcycle Heritage Foundation, which raises funds for the Hall of Fame. "Today, stadiums sell out for AMA Supercross events across America, but it is important to remember that in 1975 the AMA Supercross Series Championship featured just four rounds. The featured event of that series was the Los Angeles Coliseum finale, which was televised nationally. Jimmy Ellis won the event. Ellis won all four rounds of the series in 1975. Jimmy, congratulations for being a pioneer in one of the greatest motorsports in the world and welcome to the AMA Motorcycle Hall of Fame." 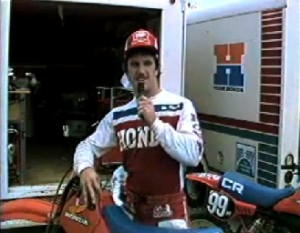 Born Oct. 19, 1955, in Middletown, Conn., Ellis started racing in New England in the 1960s and quickly established himself as a regional powerhouse. His performance attracted the attention of Montreal-based Can-Am, and the growing factory team hired Ellis to race the national circuit. In 1974, riding the works 250 Can-Am, Ellis finished third for the 250cc national title, with two overall wins.

Ellis was going strong, and his most lasting contribution to the sport came the following year. In 1975, Ellis won the AMA Supercross 250cc championship by sweeping the four-round series, punctuated by a dominant victory in the high-profile finale at the L.A. Coliseum.

"The L.A. race was certainly one of the biggest races of my life," Ellis remembered. "I think winning that race had a lot to do with how I felt at the time, and what I was feeling was that it didn't matter who I was riding against. I knew I could win and was quite confident. And my bike was very quick. That track was a very fast layout, and it suited the bike well."

Ellis said that those early years of AMA Supercross did not resemble the extravagant show that it has become today.

"I never realized Supercross was going to be as big as it is," he said. "All those years ago, I took it as just simply another race that I wanted to win. It's certainly become a much bigger business today, and more professional than what it was then. Today, it has grown six-fold into a multi-million dollar business. When we did it, we were there for the companies, sure, but mostly it was just for ourselves and racing motorcycles."

Ellis continued to give Can-Am top finishes through the 1977 season, after which Honda hired him for its U.S. factory effort. Ellis was a contender on the national circuit for a few more years, finishing second in 1978 to future Hall of Famer Bob Hannah for the 250cc national championship.

Following a knee injury, Ellis transitioned into retirement during the 1981-82 seasons and moved back to New England to work for his father's company. Soon, though, he got a call from a promoter in Australia offering him a ride.

"I thought it was a prank call," remembered Ellis, who today supervises a large machine shop for an Australian manufacturing company. "I got the call in the middle of the night. I told him, 'sure, send me a plane ticket.' Well, a few weeks later, a ticket showed up in the mail. I went, raced, won, got married, got a job and stayed."

Ellis said that it is an honor to be recognized by the AMA Motorcycle Hall of Fame.

"Motorcycle racing was something that was extremely exciting for me," he said. "It gave me a good career, a good lifestyle, and it let me see the world. It's just fantastic to be honored with this, and I'm very, very excited and looking forward to coming and seeing some old faces. It does seem like yesterday that I was riding with some of the fastest riders in the world. The induction ceremony is going to be overwhelming, and I'm looking forward to it. I can't thank everyone involved enough."

Ellis is the third member of the AMA Motorcycle Hall of Fame class of 2012. He joins the late Rod Bush, KTM North America president and industry visionary, and Sue Fish, pioneering female motocrosser. The remaining 2012 inductees will be announced in random order in the coming weeks.

The class of 2012 will officially be inducted into the AMA Motorcycle Hall of Fame on Nov. 16 as part of the AMA Legends Weekend. The weekend also includes the 2012 AMA Motorcycle Hall of Fame Dave Mungenast Memorial Concours d'Elegance on Saturday, Nov. 17, featuring many of the country's most impressive original and restored classic motorcycles.