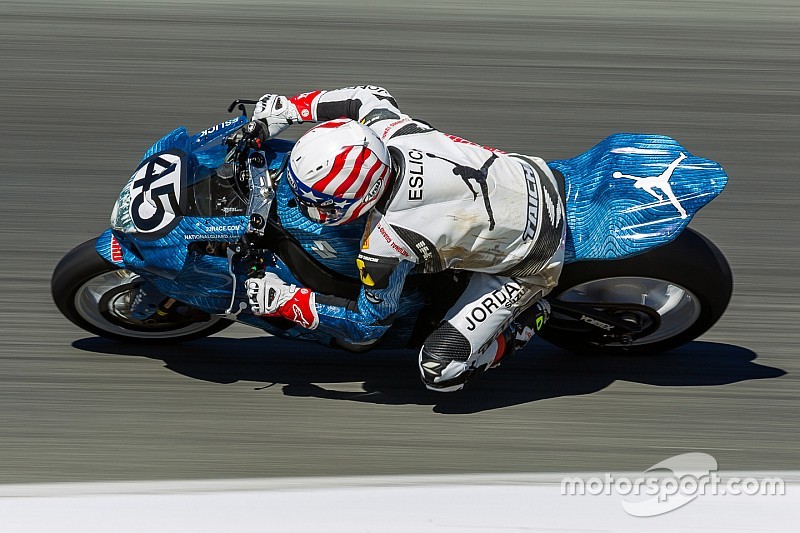 This comes as a result of accusations that he assaulted a Daytona Beach police officer on Main Street this past Monday. He was officially charged with felony battery on a law enforcement officer.

The incident began when Eslick allegedly pushed a woman to the ground before running from authorities, punching an officer during a scuffle.

After stating that he would still compete this weekend, both the AMA and ASRA announced that he has been suspended due to "actions deemed detrimental to the sport." This includes the 75th running of the Daytona 200 at Daytona International Speedway, scheduled to take place this Saturday.

Eslick, a native of Broken Arrow, Oklahoma, issued the following apology on his Facebook page.

"I am deeply remorseful for the events that occurred on March 8th. It was not and would never be my intention to hurt anyone, least of all the individuals who choose a career to protect us as citizens. I want to apologize to the city of Daytona, TOBC Racing, the racing organizations, and all the people that support me. I am limited to what I can say at this point. I want to assure my fans and the public that this will never happen again. I'm beyond embarrassed and fully realize the gravity of the situation. At the heart of the matter I love this sport and care deeply about continuing to race motorcycles. The allegations I've been charged with in no way reflect who I am as a person. I just want to apologize again!!!"