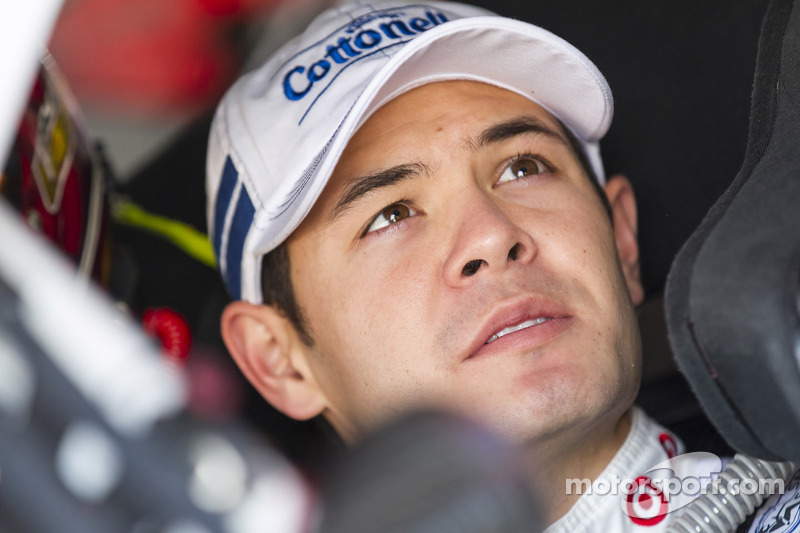 Sprint Cup regular won the pole, and led 66 of the 80 laps

Mason Mitchell made Kyle Larson work for his win in Saturday's Pocono ARCA 200, grabbing the lead with fewer than 10 laps to go before the NASCAR Sprint Cup driver could pull away for the win.

"I was nervous for a while there," Larson said after winning his first ARCA Racing Series presented by Menards race. "He was real aggressive and got the lead, then started to pull away."

Larson, 21, however, fought back and regained the lead against Mitchell and won the race at Pocono Raceway. He became the fifth different winner in seven ARCA Racing Series presented by Menards races on the season.

"We had a good car, a dominating car," Larson said. "We definitely wanted to win. I was glad that we had to work for it there in the end. I learned something in all of this. In the end, it was a lot of fun."

Mitchell finished second for the fourth time in his ARCA career. John Wes Townley was third, Will Kimmel fourth and Justin Allison fifth.

The series has a short turnaround as it races Friday at Michigan International Speedway in a race that will be nationally televised by Fox Sports 1.

Mitchell, in the Musselman's/Wildlife Foundation of Florida/Thermal Technology Services Ford, extended his top 10 streak to 15 races. He led lap 71 though lap 77 and moved within 20 points of Grant Enfinger for the ARCA point lead.

Mitchell grabbed the lead on the last re-start of the race, following the third caution of the day.

"I got a great re-start," he said. "I just drove it hard into the corner. It was either take the lead or hit the wall. Fortunately, it stuck and we got the lead."

Mitchell held on for a couple of laps before Larson, who is 10th in the NASCAR Sprint Cup standings, finally took the lead for good.

"We battled him hard," Mitchell said. "We proved we had a fast car and we can contend for wins. We have a lot of speed. It shows a lot about what this team can do."

Townley had to start at the back of the field because he missed practice and qualifying Friday when he was at Texas Motor Speedway for the NASCAR Camping World Truck Series race. He quickly moved into the top 10, but lost a lap when he had front-end damage after making contact with another car. He got his lap back and rebounded to finish in the top three, his third top five finish in the past four ARCA races.

"We never did really recover," said the driver of the No. 15 Zaxby's Toyota. "By the time we started running well, those guys (Larson and Mitchell) were too far ahead."

Will Kimmel's fourth-place finish was a season high.

"The Messinas/Ingersoll Rand Ford is gaining," Kimmel said. "This team has worked really hard on the car and we're looking forward to going to Michigan next week and racing. I was extremely happy with the car today."

Allison gained his second top 10 of the season and career-best ARCA finish. He was fast all week, from Wednesday's open test through Friday's practice and the race. He had the lead late in the Pocono ARCA 200, but with the car stuck in fourth gear had trouble on the re-starts.

After three consecutive 11th place finishes, Josh Williams was scored in sixth place in the No. 6 Southwest Florida Cable Construction Chevrolet. Frank Kimmel was seventh in the No. 44 Ansell-Menards Toyota with Enfinger eighth in the Triple K Construction/Motor Honey-Casite Ford and Cody Coughlin ninth in his superspeedway debut in the No. 55 JEGS Toyota. Karl Weber rounded out the top 10 in his No. 3 Silveus Insurance Group Chevrolet.

Several ARCA regulars had problems during the race. Justin Boston and Matt Tifft crashed, Tom Hessert hit the wall and Spencer Gallagher, who finished 11th, had an issue with another competitor on pit road.

Larson ended up leading 66 of the 80 laps after winning the Menards Pole Award on Saturday.

ARCA vet Kimmel tests at Pocono, a first for the 10-time champ