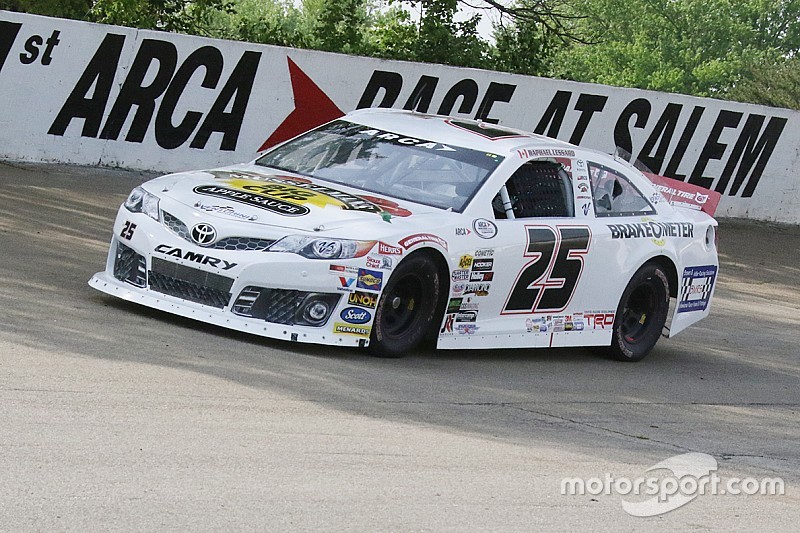 Unfortunately, heavy rain prevented the series from having qualifying, which forced the series’ officials to take the best lap of the practice session to set the starting grid for the 200-lap race.

Lessard gridded seventh after a competitor had to start in the back of the grid due to a penalty. He took a good start, but his handling went away after a packer located in the right front spring fell off.

He lost several positions and no caution helped his cause, forcing him to lose three laps on the leaders. On Lap 93, Lessard pitted under green and the crew only changed the right side tires. Lessard managed to come back strong and with an advantage while other competitors were managing their worn-out tires.

On Lap 132, an incident involving the Canadian and a rival generated a caution period and every driver on the track, including Lessard, came in for a fresh set of tires. He returned to action, but with a misaligned car due to the incident, and still bothered by his suspension problem; Lessard fought hard and finished the race in 13th place.

“I had fun on the track, and I learned a lot today,” Lessard declared after the race. “All in all, I am happy with the experience although I would have preferred a better outcome. Nevertheless, I learned a lot about pit stops in ARCA, how races are managed and how tires get worn. It is a shame we had that suspension problem early in the race. I fought the car throughout the entire race, as if a parachute was holding it back, and causing understeer [push]. But we will certainly come back stronger! I want to thank my crew chief Dave Leiner and his crew at Venturini Motorsports and Toyota-TRD for their continuous support and hard work."