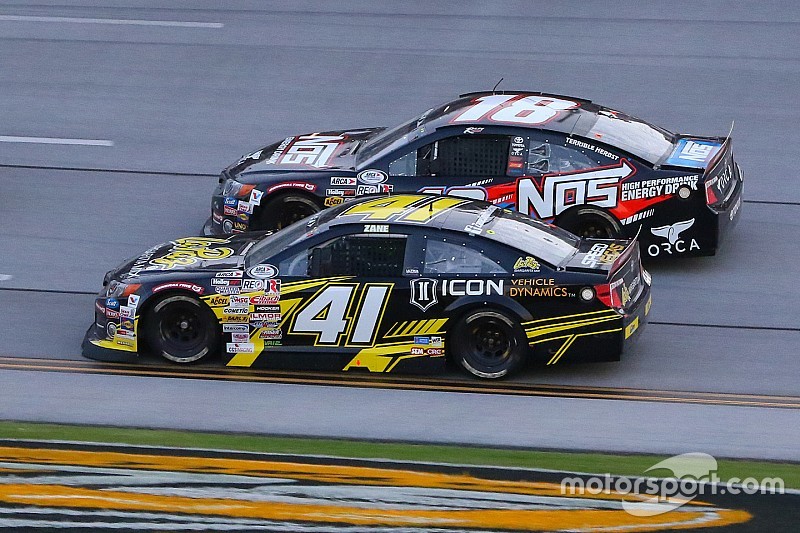 Smith, who earned his first series victory earlier this month at Nashville, led on the second one-lap overtime restart Friday at Talladega (Ala.) Superspeedway and finished side-by-side with Joseph Graf Jr.

Smith was declared the winner in a photo finish.

Michael Self, who won the Daytona season opener, finished third, Sheldon Creed was fourth and Josh Williams completed the top-five.

“If you asked me if I was going to get this one halfway through this race, I would have said, ‘Ehhhh.’ But man, who won this thing were all these guys on my team and (my spotter),” Smith said in Victory Lane.

“We’re four races in and we’ve got two wins. This year’s going to be unreal.”

The race, originally scheduled for 76 laps, ended up going for 87 laps. It send very similar to the season opener at Daytona, which ended after three overtimes.

“That one was close,” Graf said. “I felt like we could’ve gotten it done in the end and it came down to a photo finish. I’ve loved this track since I was a kid. It was always a dream to run here.”