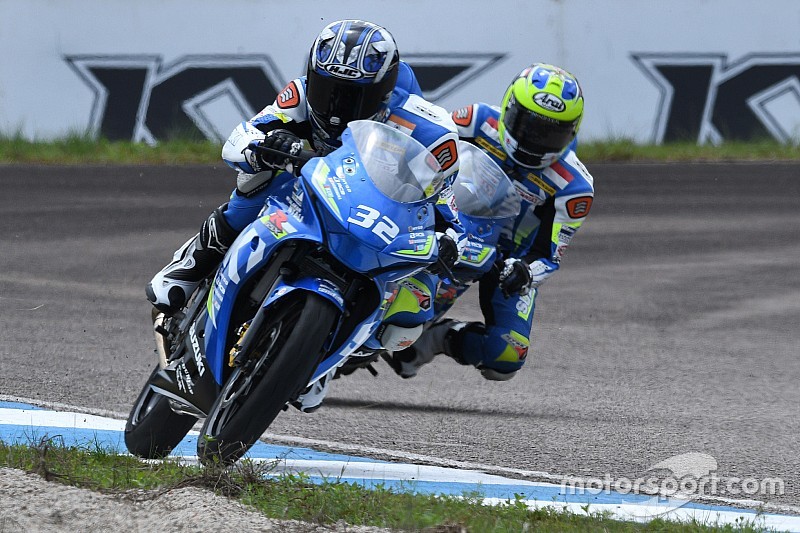 Competing in the Suzuki Asia Challenge, Arunagiri qualified eighth on the grid with a time of 1m58.817s, a second off pole sitter April King H. Mascardo.

During a wet first race where a number of riders became victim to the severe weather conditions, Arunagiri remained in control to cross the finishing line in eighth place.

The second race took place under clear skies with Arunagiri improving his Race 1 result to take seventh and add another nine points to his tally.

Results were however hard to come for KY Ahamed who endured a difficult maiden weekend in the Suzuki Asia Challenge.

Despite showing promising pace in practice and qualifying in ninth place, the Indian suffered a double retirements over the weekend.

Points for Sarath on racing return

With the Indian still not fully fit, a top-line results proved to be hard to come. The former 125cc class rider qualified on the back of the grid and could finish no higher than 14th in both the races.

He heads to the second round in Thailand with four points under his belt.

At the front, Md Zaqhwan Zaidi won the SS600 race by less than a second from Taiga Handa, with Yuki Ito making it two Japanese drivers on the podium.

No points for Sethu

Meanwhile, Rajiv Sethu failed to make an impression after switching over to Asia Production 250 class this season.

With points only awarded to top-15 finishers, he returns from Malaysia empty handed.

Towards the sharp end of the field, Indonesia’s Gerry Salim took a double win for Honda Astra Racing, with Takehiro Yamamoto and Anupab Sarmoon finishing on the podium at both occasions.