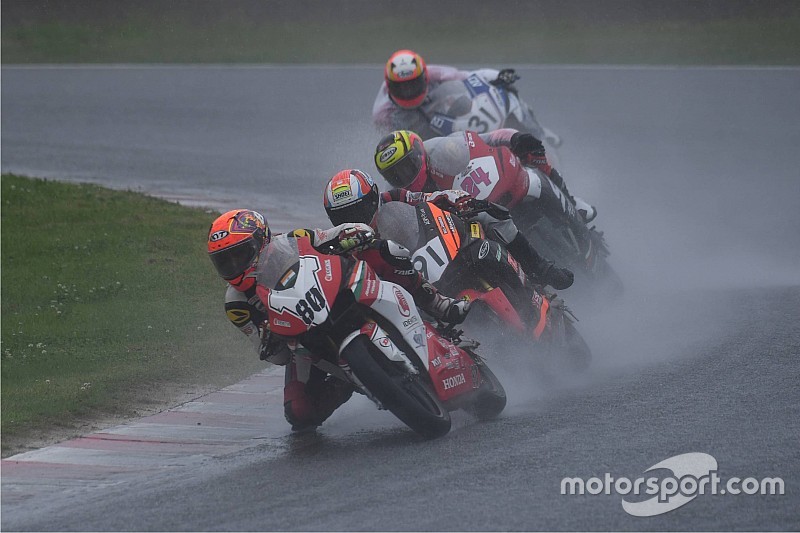 Competing in the Asia Production 250cc category at the iconic Suzuka Circuit, Sethu mastered the tricky conditions to jump from 13th to seventh on the opening lap.

For the early part of the race, he held to that position, just three seconds behind the race leader at that time.

However, as the race wore on his visor started fogging up, severely limited visibility and forcing him to turn down the wick to avoid a nasty crash.

This meant that he quickly started falling down the order, and by the halfway point of the race he had dropped outside the points.

But Sethu didn’t give up just yet and slowly starting clawing his way back up the field, moving up to 15th by the penultimate lap.

“A great start pushed me to 7th but second lap onwards it was very difficult to ride due to visor fog,” Sethu said.

“I couldn’t see corners and water patches ahead and started dropping positions. I decided to open my visor in lap 3 but the water back-splash of riders before me held me back.

“By lap 5, rain stopped for a bit and I pushed hard with rider bunch. Taking the slipstream advantage, I made a move in the last corner of race and finished 14th.” 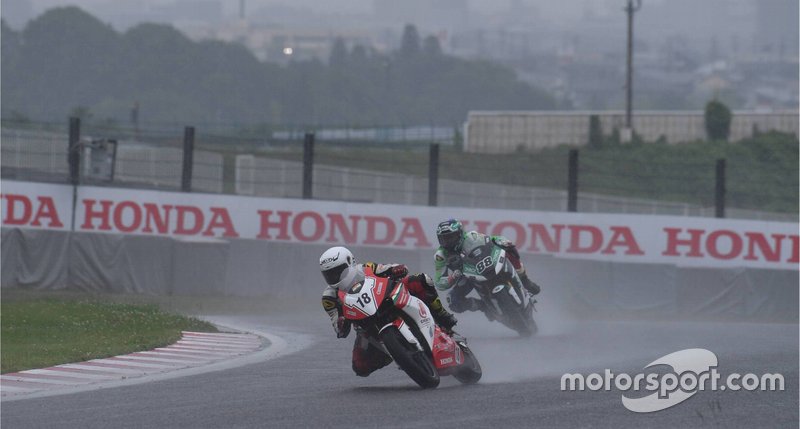 ARRC rookie Senthil Kumar naturally struggled in wet conditions on a track he is still fairly new to, but did well to finish inside the top 20.

Senthil, a graduate of Honda India Talent Hunt and Thai Cup, is still searching for his first points since the season opener in Malaysia.

“Today’s race was the toughest race for me till now,” he said. “Not only is Suzuka a tough technical track in itself but the rain and wind made it really hard to push.

“It’s the first time that I rode in this condition. The first three laps I was blinded by fog in today’s rain. I was opening the visor in every straight and cleaning it to avoid crash.

“It was only by the 4th lap that I started to make gains and finished 20th. Next up Zhuhai is not only a new track for me but all riders. Hopefully I will learn fast and do better there.”

Speaking at the end of a weekend in which Sethu scored points in both races for the Honda Racing India team, Prabhu Nagaraj, Vice President – Brand & Communications, Honda Motorcycle & Scooter India said: “Suzuka has been a satisfying round. Today both our riders were able to complete the race despite as many as 9 rider crashes.

“Rajiv maintained his pace and consistency in top 15 despite heavy rains and fogging. Next round, he should bounce back stronger.

“For Senthil, today was his first complete wet race and he finished 20th. The progress is good and the team will further strengthen both Rajiv and Senthil’s race-craft and track riding once back in Chennai.”

The ARRC field next heads to Zhuhai Circuit in China next month, representing a new challenge for all riders in the multi-class series.