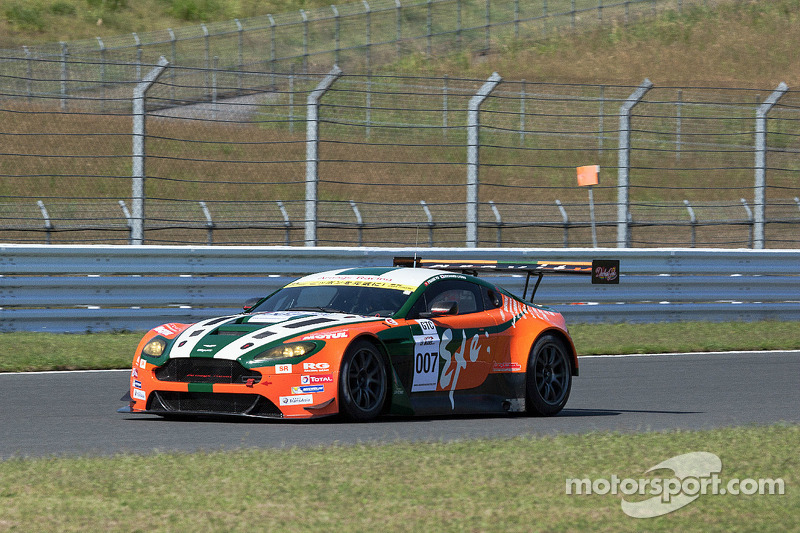 With some overnight rain, and a little more this morning, the track started a bit slippery and all teams went out on wets.

Free Practice 2 took place this morning in a damp-to-dry session at Sepang International Circuit. With some overnight rain, and a little more this morning, the track started a bit slippery and all teams went out on wets. This was reflected by slower times, compared to FP1, early on in the session.

However the sun breached the clouds shortly after 10:30 and dried the track out, with teams opting to come in and change to slicks. All 14 cars were out on the track today for the hour-long session and will have benefited from some practice in the wet, with more rain showers forecast for the weekend. The day was Craft Racing's as they topped LM P2 and also finished 1st and 2nd in GTC.

LM P2 - After a strong first run in FP1 yesterday No. 27 Craft Racing Oreca-Nissan were able to go one better today and lead the field, with Dan Polley clocking a 2:01.469 in their penultimate lap of the session. 0.64 seconds behind Craft was No.18 KCMG Morgan-Nissan with Tsugio Matsuda setting a fastest lap-time of 2:02.111. KCMG were followed by No.24 OAK Racing Team Total Morgan-Judd with a quickest lap of 2:04.218 set by David Cheng.

GTE - No. 70 Team Taisan Ken Endless Ferrari 458 GTE made their first appearance of the weekend on track today and were able to surpass No. 35 AAI-RSTRADA Porsche 997 RSR to top GTE with a time of 2:09.581. Taisan's driver line-up of Naoki Yokomizo, Shogo Mitsuyama, and Akira Iida all drove in Zhuhai, and will be determined to finish the season with four wins out of four in GTE. AAI-RSTRADA were 13th overall in FP2 today, but their times in FP1 suggest it will be a very close contest come race day.

GTC - Craft Racing took both top-spots in GTC with a fastest time of 2:06.438 in No.009 Aston Martin Vantage, and 2:07.263 in No.007 (also Aston Martin Vantage). Next were No. 37 BBT Lamborghini Gallardo who were 3 seconds quicker than they were in yesterday's FP1 with a 2:07.667 by Anthony Liu in their final lap of the session. BBT were pursuing a GTC win in Zhuhai before a technical issue cost them the dearly. They will certainly be in contention to get their first GTC win of the season this weekend, on a very strong grid. FP1 leaders No. 33 Clearwater Racing Ferrari 458 GT3 were 4th with a fastest time of 2:09.182

After two sessions it is still too early to predict how tomorrow's Qualifying will finish. Free Practice 3 will take place tomorrow morning from 8:15-8:45 , with Qualifying from 10:45-11:15. With 3 Hours of Sepang being the season finale, and so much at steak this weekend, teams will be working hard on their cars to secure the best possible position tomorrow for Sunday's race.

3 Hours of Sepang: Free Practice 1 on a very warm day in Malaysia

Tsugio Matsuda on pole for 3 Hours of Sepang