3 Hours of Zhuhai: AF Corse were the top GTC team in both of today's FP sessions 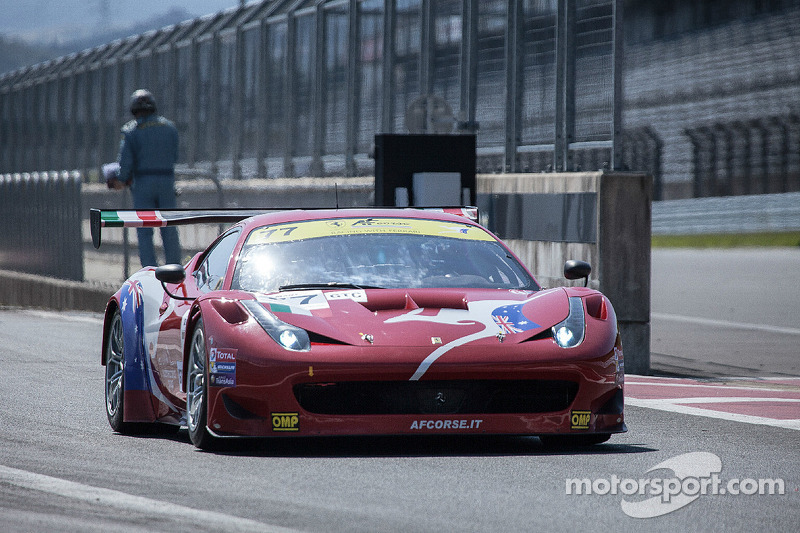 The two hour-long free practice sessions were completed without any major issues.

On another warm and dry day in southern China all Asian Le Mans Series teams except KCMG took part in Free Practice 1 and Free Practice 2, and were able to further familiarize themselves with the 4.3 km Zhuhai International Circuit ahead of tomorrow's Qualifying. The two hour-long sessions were completed without any major issues and as well as giving the drives more track time pit crews had the opportunity to go through their processes before the competition starts in earnest this weekend.

In GTC AF Corse topped both FP1 and FP2 in their #77 Ferrari 458 GT3 with Andrea Berolini clocking their fastest lap-time of the day 1:34.461 in FP1. BBT followed them in second in both sessions with Max Wiser recording their quickest lap-time of the day 1:35.027 in their #37 Lamborghini Gallardo GT3 in FP1. Craft Racing's #007 Ford GT3 and AAI-RSTRADA's #91 & #92 McLaren MP4-12C GT3s were all closely matched in FP1 and FP2 with less than a second separating them.

In LM P2 OAK Racing Total's Ho-Pin Tung set the fastest lap time of the day 1:29.996 in their #24 Morgan-Judd LM P2 in FP1. Both David Cheng and Shaun Tong had strong days with Cheng clocking 1:31.859 and Tong 1:31.130 in FP1. KCMG were unable to participate in today's sessions due to customs issues with their car, however they will be all ready to go this weekend.

In GTE Taisan Ken Endless' #70 Ferrari 458 GTE had a fastest time of 1:36.594 set by Naoki Yokomizo in FP2. Shogo Mitsuyama and Akira Iida both also drove for Taisan in FP2.

With all Free Practice sessions complete teams will now be planning and fine-tuning ahead of tomorrow's Qualifying, as they all vie for starting grid position. OAK Racing will be looking to achieve a third pole in a row, and with all the GTC teams tightly matched Qualifying is set to be another close affair. The 20 minute Qualifying will start tomorrow at 12:10 CST. Round 3 of the 2013 Asian Le Mans Series is gathering momentum as Le Mans racing gets ready to once again take off in China.