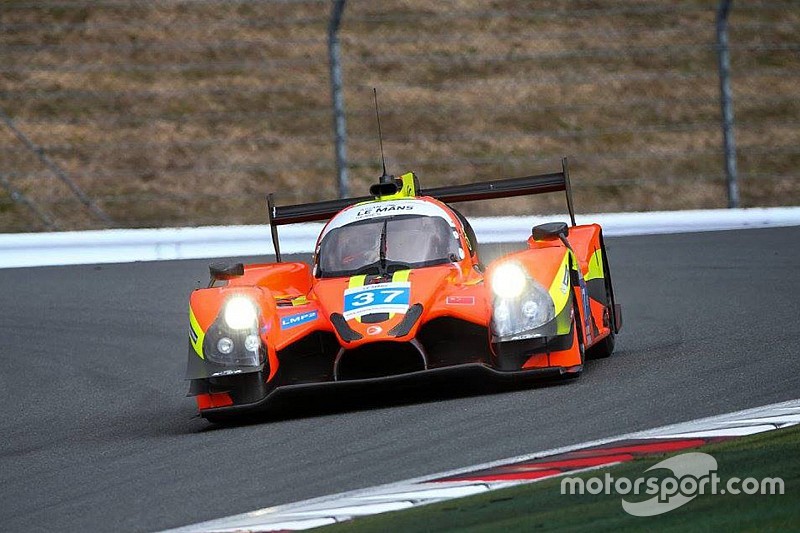 Qualifying report 4 Hours of Fuji - Round 2

Qualifying today was held in bitterly cold temperatures with an ambient temperature of just 6 degrees at the start of the session. Getting warmth into the Michelin tyres was going to be critical for these short 15-minute qualifying sessions.

In the Asian Le Mans Series, qualifying is broken into two sessions, one for the prototypes and another for the GT cars.

The recently awarded, FIA World Endurance Championship Rookie, Thomas Laurent, led the way in the Jackie Chan DC Racing x JOTA Sport Oreca 05 Nissan for most of the session. It was a sensational last-minute flying lap from Pipo Derani in the BBT Ligier JSP2 however that saw him claim pole position by just 0.16 from Laurent.

In LMP3 it was another dominant performance for Josh Burdon in the KCMG Ligier JSP3. He claimed pole position in the LMP3 class by 1 second from the Taiwan Beer GH Motorsport Ligier JSP3 driven by Ye Hong Li.

In third place, just 0.023 behind, is the reigning Asian Le Mans Sprint Cup champions, WIN Motorsport with Richard Bradley behind the wheel.

After qualifying however, WIN Motorsport were promoted into 2nd place after a pit infringement saw Taiwan Beer GH Motorsport have all their times cancelled.

In another closely fought session, it was a close fight for pole position in the GT class qualifying session.

As it was in the opening round in Zhuhai, it came down to a battle between the FIST Team AAI Ferrari and BMW sister cars.

This time it was the BMW leading the way. Behind the wheel, Jesse Krohn pitted with two minutes to go while holding the lead, leaving his team mate, Marco Cioci out on track to chase down his time. Cioci pushed hard but missed out, leaving Krohn’s time unbeaten and seeing the BMW M6 GT3 claim pole position.

Speaking after the session the common theme was the cold temperatures – the LMP3 pole sitter, Australian Josh Burdon claiming it is the coldest weather he has even been in!

LMP2 - Pipo Derani: “I think first of all I would like to give a big thank you to my team – it is only our second race together so it goes without saying that the guys have been doing a phenomenal job. Working with a brand-new car you have to learn everything. The guys did a very nice job and gave me a perfect car today. The whole weekend we have been tweaking the car little by little, getting towards a very good platform. I am really happy I was able to put this lap in at the end and get their first pole because they really deserve it.

“To be honest I am really glad I am not here with the open top like some guys were last year! I was telling my team mate ‘man I don’t know how they did it last year’ because it really is so cold. Obviously with the closed car it is not too bad. The tyres and the brakes were the real problem – getting them warm when you first start is a challenge, but the tyre heater helps and after a few laps it’s not too bad.

“We tried a different strategy in qualifying today – it was obviously really cold and we ran used tyres to get the car warmed up and I think it paid off. We had very little time to warm up the tyres and put the lap together. When I went out I think I had maybe three or four laps, with two of them effected by traffic so in the end it came down to the final one. I think we had a little bit more in the pocket to be honest, but when it comes down to the last lap you don’t want to push too much and risk a mistake.

“I think for the race it is going to be a lot better here for us than it was in Zhuhai, mainly because it is not our first time in the car. We are all starting to understand the car a little bit better. I think we have a better car here than we did in Zhuhai so fingers crossed we can do a great race and keep out of trouble. I think that is going to be very important when we see how close the cars are. Hopefully tomorrow we can be back here with our first victory after our first pole today!”

LMP3 – Josh Burdon: “It was a great start, not just for me, but for my team mates as well. KCMG are working well as a whole package, it’s not just one thing or another that they are getting right, it is everything. We have had to reinvent the car a little bit to better suit these cooler conditions compared with the warm conditions in Zhuhai. We got on top of everything in time for qualifying and I am looking forward to the race tomorrow!

“This weather is terrible!! I don’t even normally want to get out of bed in this weather!! It is not very motivating! A lot of us here are driving in these sorts of conditions for the first time and I think we have some key people in our team that are pulling us along. We worked really hard thoughout practice to get the best package and we will look again tonight and see how we will work the race. Hopefully we will finish the race in the front like we did in Zhuhai.

“We are not getting complacent, it is only a matter of time before everyone gets up to our pace, so we will continue to push and work hard to find the perfect package.

GT – Jesse Krohn:  “It is good for sure this track is a lot better for us than at Zhuhai. You can see by our ultimate pace – we were able to get pole here, whereas in Zhuhai we were second. The long sweeping corners work well for our car and the heavy braking zones. It was a great team effort to get the car in the right condition after an unlucky start to the weekend where we had some gearbox issues and missed the first practice. This meant we had no new tyre running before qualifying so in that sense it is a really good job from the team.

“It seems to be between us team mates once again! First and foremost, we work together, but of course we want to beat one another so it is good, tough and fair competition!

“It was tough after we didn’t get any new tyre running to know how the tyres would react. It was a surprise to me how long it took to get the tyres, especially the fronts working. I am glad this year that we have tyre heaters, it would have been a really tough job without them. I think it is going to take some getting used to in the race, but it is manageable.”