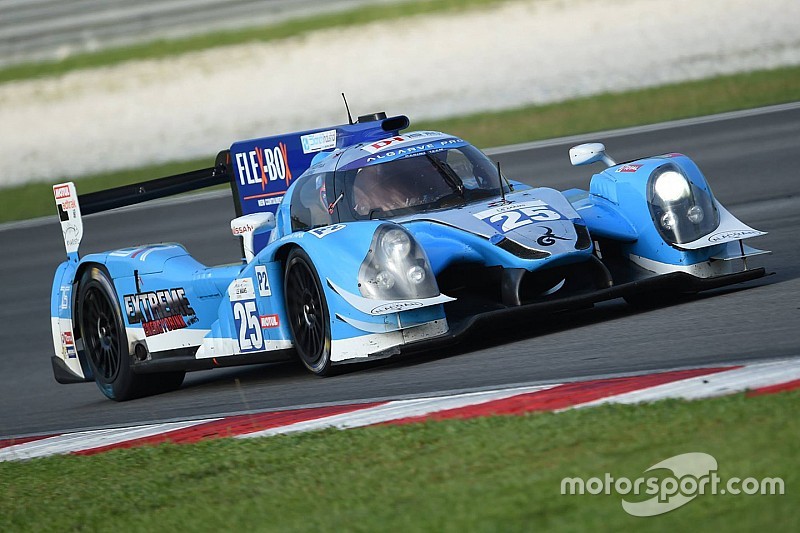 Algarve Pro Racing has won the 2016/17 Asian Le Mans Series title after the points-leading DC Racing squad was forced to retire early from the 4 Hours of Sepang.

DC Racing arrived in Malaysia as the firm favourites to clinch the championship, having accumulated a healthy buffer of 19 points.

However, a first lap collision with the Race Performance entry severely damaged the right-rear of DC's #35 Oreca 03R, forcing Ho-Pin Tung - who shares the car with Gustavo Menezes and Thomas Laurent - to limp back to the pits.

Although the team was able to fix the car and send it back on track in under 10 minutes, damage to the engine proved to be terminal.

With DC Racing out of the race, Andrea Pizzitola, Aidan Read and Andrea Roda cruised to a dominant win, also bagging the title for Algarve in the process.

The championship win also gives the Portuguese-entered team an automatic entry to the Le Mans 24 Hours, which it will contest with a brand new Ligier JS P217.

Algarve looked set for a 1-2 finish in the season finale, only for Race Performance’s Struan Moore to steal the spot with an impressive move on the #24 Ligier on the penultimate lap of the race.

ELMS regular Tockwith Motorsport triumphed in the LMP3 class, with star driver Nigel Moore dispatching two cars in the final 30 minutes to claim the title for the British squad.

ARC Bratislava’s #4 Ginetta, which led the championship coming into the final round, could fare no better than seventh after a first-lap collision dropped it to the back of the pack.

In the GT3 class, a fifth place finish proved enough for the #5 DH Racing crew to seal the championship.

Michele Rugolo, Matthieu Vaxiviere and Stephane Lemeret, who were stripped of their Buriram win, survived a scare in the final 90 minutes when their Ferrari 488 GT3 came to a halt at the pit entry.

They got going a few minutes later, and while the time lost dropped them outside of podium contention, their finishing position was enough to win the title from the sister #3 car, which was second.

The class win went to Team Audi Korea, with former F1 driver Alex Yoong leading the charge for the #31 R8 LMS on his home turf.

Team BBT took the final spot on the rostrum after a late puncture ended any title hopes for the #37 Team BBT Ferrari.