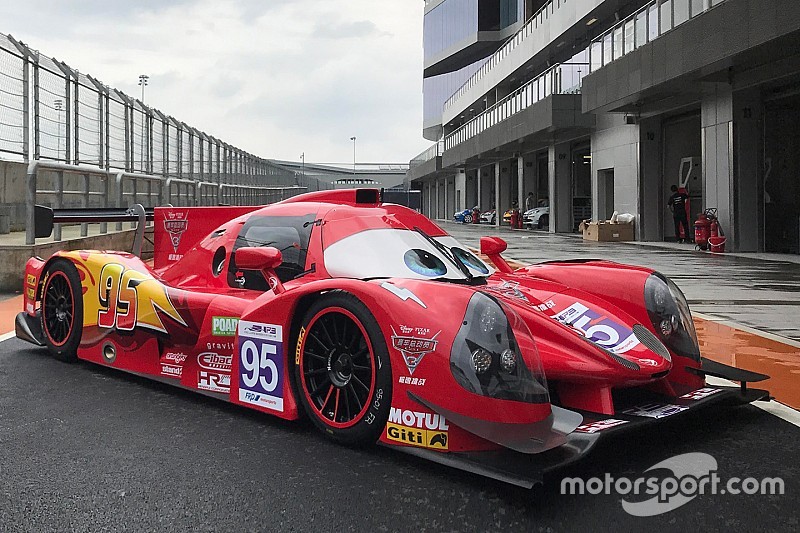 Craft-Bamboo Racing has their sights firmly set on victory this weekend for the opening round of the FRD LMP3 Series in Zhejiang. The team will field two Ligier JS P3s, backed up by strong driver lineups that Craft-Bamboo hopes will allow them to challenge for the win in both races. The #95 Ligier will be driven by Mathias Beche and James Winslow, while the #20 will be steered by Alex Tagliani and Greg Taylor. Both cars will be wearing sharp new liveries inspired by the lead characters from the ‘Cars’ franchise, with the #95 representing Lighting McQueen and the #20 mimicking newest series protagonist, Jackson Storm.

Mathias Beche and James Winslow both have a great deal of experience in Le Mans Prototypes and have each driven the Ligier JS P3 to success before. This gives the pair an edge over the rest of the field that they will be utilizing to ensure the #95 is at front of the grid in both races. The Zhejiang International Circuit is new to both drivers though, so early sessions will be spent learning the layout and fine tuning the car. It will mark the first competitive outing for the team’s Ligiers since receiving the cars from the factory earlier this year and the entire crew will be working to ensure the car is running at peak performance by the first qualifying session on Saturday.

Indy Car and Nascar expert Alex Tagliani joins Craft-Bamboo Racing for the first time and will get his first taste of LMP3 competition this weekend. The Canadian has plenty of experience across numerous racing disciplines and will step into the Ligier JS P3 for the first time in his career. With the 3.20km circuit and the brand new car to wrap his head around, Tagliani will have his work cut out for him, but thanks to his experience at the highest levels of racing and a strong technical background, Tagliani should have no trouble finding the limits of the #20 Ligier. Tagliani will also have a guiding hand from teammate, Greg Taylor, who has plenty of experience in the LMP3 racer. Taylor has tasted victory in the Ligier before and has most recently returned from a successful Road to Le Mans challenge against the top prototype teams and drivers in the world. With the car still fresh in his mind, Taylor is eager to get back into the Ligier and make history by taking victory in the inaugural FRD LMP3 Series race on Saturday.

“The wait is finally over and the FRD LMP3 Series will get underway this weekend. We are proud to be fielding two cars on the grid with exciting driver lineups and some fantastic new partners to share this journey with us. We have every hope for race results and victories over the course of the season.”

Alex Tagliani: “I am looking forward to the opportunity to work with Craft-Bamboo and drive this exciting car on an amazing track. I am also looking forward to working with my teammate, Greg, and I hope that we can bring some good results to the team during the season.”

Greg Taylor: “I am very much looking forward to Round 1 getting underway. I've had very little preparation for the track being it's a new circuit but it looks well suited to the LMP3 car from what I can see. The Ligier JS P3 is such a great car to race and I'm sure this competition and series will be a success. With just recently driving the Ligier JS P3 at Road to Le Mans I'm sure it won't take too long to get it adapted for this track and up to full speed!”

Mathias Beche: "I'm really pleased to be back with Craft Bamboo Racing. The team has work incredibly hard to make this project possible. They have a constructive and professional approach, with clear goals. This new challenge makes everyone very excited, and on top of that we have a fantastic partnership with Disney•Pixar, with our car being inspired by Lightning McQueen! I'm eager to discover the new Zheijang circuit and begin racing again in Asia.”

James Winslow: "I'm predicting the Craft-Bamboo cars to be at the very front of the LMP3 pack from the very start of the FRD LMP3 series as they always are! We will be fighting hard and are well prepared for the championship fight. I'm also expecting some stiff opposition from the other teams and drivers; there are a lot of world class drivers on the entry list and we will all be looking for victory. Mathias and I, alongside our strong engineering staff and experienced team will be as strong as anyone and race wins are on our list of goals."