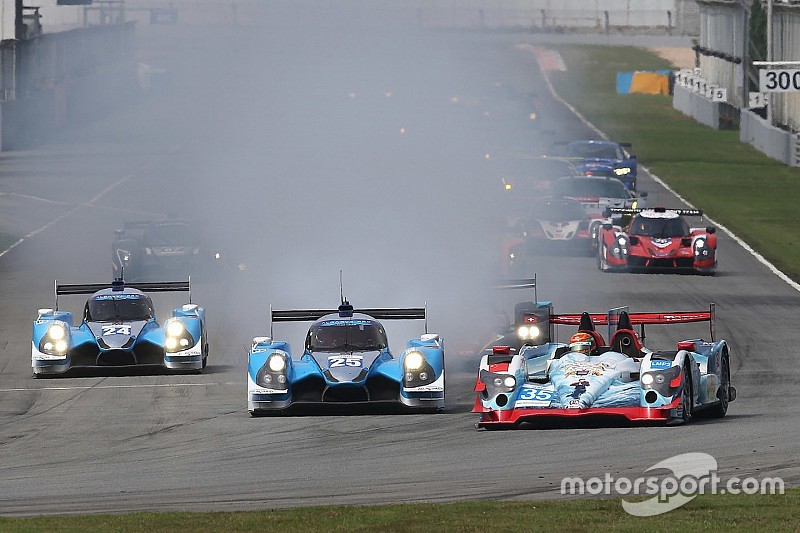 DC Racing started the 2016/17 Asian Le Mans season on a winning note, with its #35 crew of Ho-Pin Tung and Gustavo Menezes taking top honours in the 4 Hours of Zhuhai.

Tung took over the lead from Michael Munemann's #25 Algarve Pro Racing entry at the start of the race after the Englishman locked up into turn 1.

Although the #35 DC Racing Oreca 03R had to make more pitstops than its rivals, it was still able to romp to a comfortable 43.979s victory after four hours of racing.

The Chinese squad was investigated after one of its drivers allegedly overtook under the safety car, but the team escaped without any penalty.

The sister Algarve crew of Munemann, Nicky Catsburg and Andrea Pizzitola finished third, despite being handed a drive-through penalty for causing a collision with the #8 Race Performance machine.

Race Performance's Oreca 03R eventually stopped on the final lap, leading to an unfortunate retirement for the Swedish squad.

Tockwith Motorsports, which also took part in the final two rounds of ELMS, finished second with the British duo of Nigel Moore and Philip Hanson.

The #61 Clearwater Racing entry made it a one-two for the Italian manufacturer, while Lamborghini was represented on the podium by VS Racing in third.

Algarve Pro Racing on Pole for the 4 Hours of Zhuhai

Algarve Pro Racing on pole for the 4 Hours of Fuji