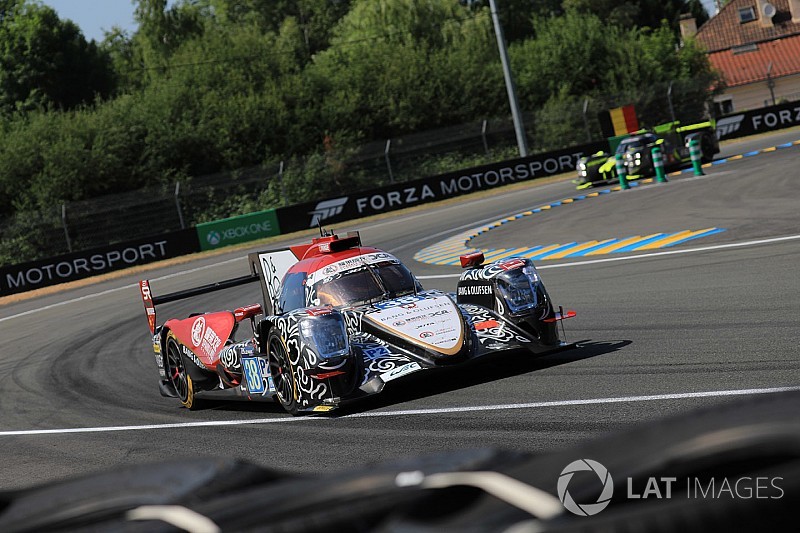 Asian Le Mans Series competitors have made a significant impact in the 24 Hours of Le Mans. A record number of entrants in the French endurance classic had raced in the Asian Le Mans Series previously, and today all of them crossed the finish line after 24 Hours.

The race proved to be the ultimate test of endurance yet again, with drama hitting every class. For the Asian Le Mans Series teams, including those making their debut such as Tockwith Motorsport and ARC Bratislava, crossing the line at the end was an impressive achievement.

Asian Le Mans Series Managing Director, Cyrille Taesch Wahlen: "Congratulations to all of the Asian Le Mans Series competitors here this weekend! The 24 Hours of Le Mans is the greatest endurance race in the world, and one of the toughest races in motorsport. This year the hot weather all week only made the race more challenging.

It is humbling to see teams that have grown with us through the Asian Le Mans Series, succeed at the highest level, on the global motorsport stage. Some are already competing in the FIA World Endurance Championship – this is a big part of our progression plan up the endurance racing ladder and we hope to see even more of the emerging talent from a fast growing Asian market to join."

The first Chinese driver to win at Le Mans

Leading the way was Chinese LMP2 team, Jackie Chan DC Racing. Not only did they claim the LMP2 Class victory, they also came home second overall after heavy attrition hit the premier class.

Not only did the team become the first from the Asian Le Mans Series to lead the race outright, Jackie Chan DC Racing team also became the first ever Chinese team, and LMP2 team, to lead the 24 Hours of Le Mans in their Oreca 07 Gibson. In the #38, their driver Ho Pin Tung became the first Chinese licenced driver to win a class at Le Mans. The team has also extended their lead in the FIA Endurance Trophy for LMP2 teams.

It was not only Jackie Chan DC Racing that shone at the iconic endurance race. Asian Le Mans Series graduates, Clearwater Racing, that are running the full World Endurance Championship, finished strongly in 5th place in the LMGTE Am class. Importantly they were the first of the full WEC season teams to finish. This sees them leave Le Mans leading the LMGTE Am class with their Ferrari 488 LMGTE.

In the Road to Le Mans support races, Hong Kong based WIN Motorsport and Japanese team, TKS debuted in Europe this weekend. For both teams it was a positive weekend. They not only learnt a lot about Le Mans, they also came away with very solid results. Both teams picked up a top ten race finish during the weekend. At Le Mans, the Road to Le Mans series featured a very strong, 48 car grid making these results even more impressive. WIN Motorsports and TKS are both currently racing in the Asian Le Mans Sprint Cup and will return to Sepang for the second round in July.