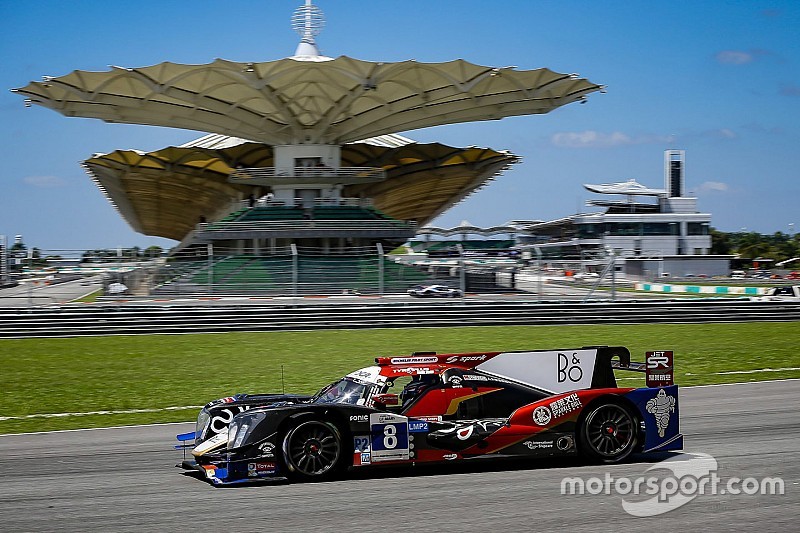 The son of legendary Formula 1 designer Adrian won on his sportscar racing bow last October at Zhuhai in a Jota-run, Nissan-powered Oreca 05.

That was followed by victory at Fuji, the second venue on the four-round ALMS calendar, and then a third triumph on Sunday at the Sepang finale.

Newey, Richelmi and Laurent won the race by over a minute from BBT Ligier trio Anthony Liu, Davide Rizzo and Pipo Derani, who arrived in Sepang with only the smallest of chances to overhaul their Jota rivals.

The two crews were split by 25 points in the final standings as 19-year-old Newey won the second championship of his career, following his MRF Challenge success in the winter of 2016/17.

“Stepping into sportscars, I’d never even driven a car with a roof before Zhuhai,” said F3 racer Newey. “I found myself at home pretty quickly.

“I did two races with my visor closed, because I couldn’t have my visor open because of the light – I was so used to having a smoked visor, so that was one of the issues.

“It’s different, I had to share a seat with someone. I’m much more comfortable in my F3 car but it’s all a new challenge and it’s been super-fun.”

Newey also was keen to emphasise the role his teammates Laurent and Richelmi, who both have experience of LMP2 in the FIA World Endurance Championship, played in his success.

“I have to thank Jota, Jackie Chan and my teammates for teaching me about sportscars and the way it works, how to drive the car,” he said.

“Really they did everything for me. The only reason we did reasonably well and we’re in this position is because of that.”

Jackie Chan DCR took a sweep of LMP2 and LMP3 crowns, as Guy Cosmo, Patrick Byrne and Gabriel Aubry clinched the title in the latter category.

Video: Newey on his championship success