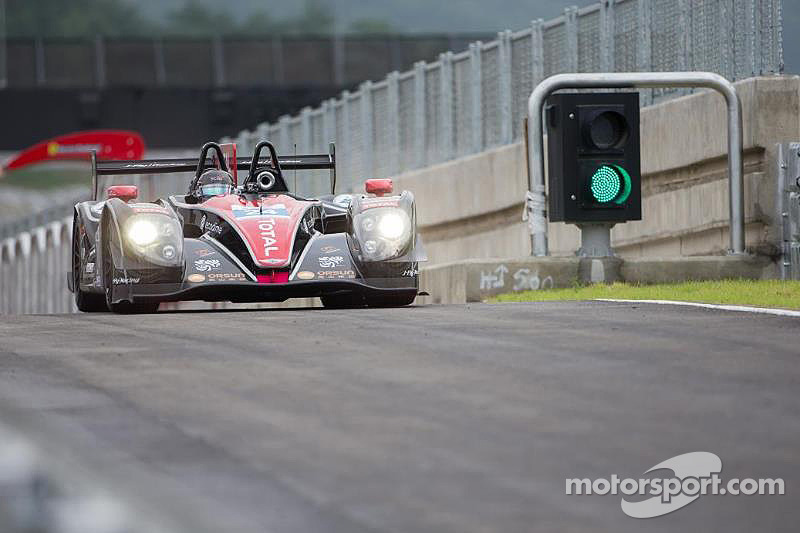 Starting second on the grid will be AF Corse's #77 as Andrea Bertolini continued their success from yesterday's Free Practice sessions.

Earlier today Ho-Pin Tung ensured that #24 OAK Racing Team Total once again qualified in pole position, as they have done in every race of the 2013 Asian Le Mans Series so far. Ho-Pin drove just four laps but was able to set a quickest lap time of 1:30.598 in his third.

In the press conference after Qualifying the driving team of Ho-Pin Tung, David Cheng, and teenager Shaun Tong were very pleased with their starting position, but are determined to convert the pole position into a LM P2 class win, which was also the message from OAK Racing team owner Jacques Nicolet who is in Zhuhai for the race-weekend.

Starting second on the grid will be AF Corse's #77 as Andrea Bertolini continued their success from yesterday's Free Practice sessions to lead the GTC field with a fastest time of 1:34.565. Bertolini and his team-mates Steve Wyatt and Michele Rugolo are hoping to further extend their lead in the GTC Team Championship and move one step closer to the 2014 24 Hours of Le Mans invitation.

They were also very aware of the threat posed by BBT's #37 who qualified in third position overall as Anthony Liu clocked a 1:34.940 lap time, less than 0.4 of a second behind AF Corse. BBT also had a good day in Free Practice 1 & 2 yesterday, and Liu along with Davide Rizzo and Max Wiser and the team will be aiming to carry their strong momentum on into tomorrow's race.

Due to issues with the arrival of parts for their car KCMG were unable to take part in today's session. However their #18 car will be all ready for tomorrow morning's half-hour warm-up at 7:40am CST. This will be the last opportunity for cars, drivers, and teams to have track time ahead of tomorrow afternoon's race.

Will OAK Racing Team Total be able to secure their first Asian Le Mans Series LM P2 win? And with BBT running very well the GTC competition is sure to be a very tense and exciting affair. 3 Hours of Zhuhai - tomorrow at 3pm CST.

3 Hours of Zhuhai: AF Corse were the top GTC team in both of today's FP sessions

Victory for Ho-Pin Tung on the 3 Hours of Zhuhai