Superb racing across the 3 Hours of Fuji 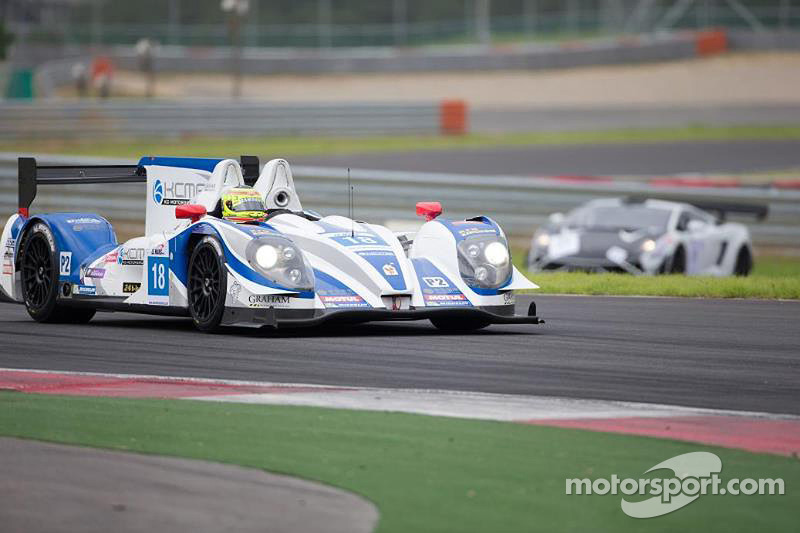 As only the second race in the inaugural Asian Le Mans Series 3 Hours of Fuji showed the huge interest in Le Mans racing in Asia.

This afternoon saw another great step forward for endurance racing in Asia as 3 Hours of Fuji took place at Fuji Speedway in Round 2 of the 2013 Asian Le Mans Series.

China's KCMG made it 2 from 2 in the LM P2 class for this year's Asian Le Mans Series. Hiroshi Koizumi, James Winslow and Richard Bradley drove the #18 Morgan-Nissan to victory in a closely fought battle with France's OAK Racing.

The SGT class was won by TEAM MUGEN's #16 Honda CR-Z (ZF-2) driven by Hideki Mutoh and Yuhki Nakayama. In second was GAINER and their #11 Mercedes-Benz SLS AMG GT3, and in third R&D Sport's #61 Subaru BRZ GT300.

With the sun shining the cars all got away cleanly, but it did not take long for KCMG to strike. At the first corner Hiroshi Koizumi was able to manoeuvre around Jeffrey Lee in OAK Racing's #24 Morgan-Judd and into P1. However as is always the case in endurance racing this was only the beginning of the story.

The lead changed hands a couple of times during the first stints. KCMG were in the lead going into the first change, as James Winslow took over, and David Cheng started for OAK Racing, both driving consistently well. OAK Racing were first to change again, and Cong Fu Cheng came in around a lap behind KCMG. He was instantly able to produce very quick lap times, including the fastest of the day: 1'35.843.

However in spite of this Cong Fu Cheng was not able to pass Winslow or Richard Bradley when he took over for KCMG's final stint. Bradley drove a very solid race and was able to bring home the victory in LM P2 and P1 overall. OAK Racing finished second in LM P2 and P2 overall.

Taisan Ken Endless had 3 new drivers in their #70 GTE car. With mixed results throughout the Free Practice and Qualifying sessions the team of Akira Iida, Shinji Nakano, and Shogo Mitsuyama were able to put in their strongest performance in the race, topping GTE and finishing in P12 overall.

Craft Racing qualified first, as they did in Inje, in the GTC class. But as Inje showed a lead can disappear in an instant. Richard Lyons was able to keep a very good pace throughout his first stint and Craft Racing were in the lead as Frank Yu took over. Yu drove very well to maintain the lead and hold off AF Corse's Michele Rugolo, after Steve Wyatt's drove first. The gap had narrowed by the time Lyons came back in for Craft Racing and Andrea Bertolini took over for AF Corse.

SGT teams were very evenly matched all week and unsurprisingly this was the case during the race too. TEAM MUGEN started at the head of the field after qualifying first, and throughout the race were able to avoid the technical issues that mainly impacted the teams behind them. With consistently quick laps, and few mistakes TEAM MUGEN were able to secure a very special first victory in a SGT class in Asian Le Mans Series.

It was not as simple as that though, with the teams very separated by very small margins and producing some superb racing across the 3 hours. The SGT podium reflects the current SUPER GT GT300 Team Rankings: TEAM MUGEN in first place (P3 overall), followed by GAINER (P4 overall), and in third R&D SPORT (P5 overall).

With a fantastic grid of teams and cars the spirit of Le Mans racing, combined with Japanese motrosporting passion, was everywhere throughout the event, and clearly enjoyed by the 13,600 spectators that attended across the weekend.

As only the second race in the inaugural Asian Le Mans Series 3 Hours of Fuji showed the huge interest in Le Mans racing in Asia that exists, as well as the great potential for endurance racing in Asia in the future. 3 Hours of Fuji has set a benchmark for future years, and everyone is looking forward to more great weekends of racing like this in the years to come.

Asian Le Mans Series continues to make history and now attention shifts and looks ahead to 3 Hours of Zhuhai on the 13th of October. See you in China!