The Asian Le Mans Series heads to Sepang for the final 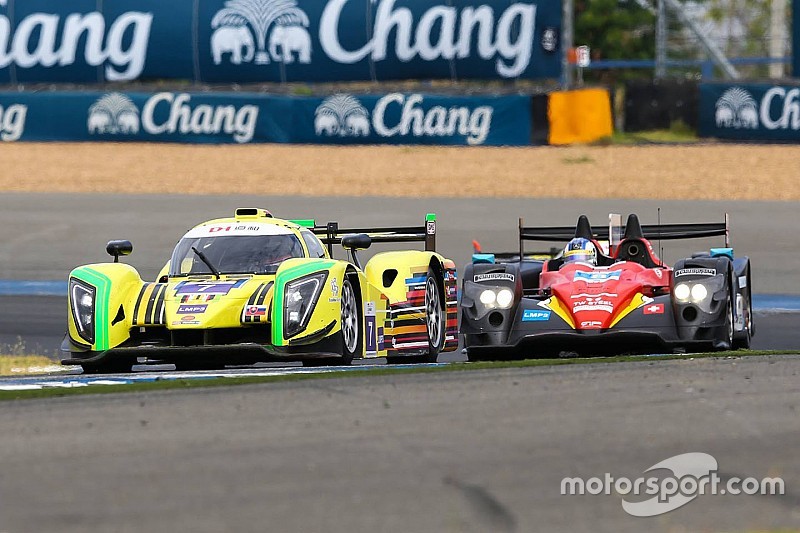 It’s only a few days to go until we find out who will be crowned Asian LMS champion and win their places for the 24 Hours of Le Mans in June later this year.

As we near the middle of January, we are heading into the final round of the 2016-2017 Asian Le Mans Series! With just over a week gone since round 3 in Buriram, the teams are heading to Sepang in Malaysia for the final round of the series – the 4 Hours of Sepang, held on the 21st and 22nd of January. It’s only a few days to go until we find out who will be crowned Asian LMS champion and win their places for the 24 Hours of Le Mans in June later this year.

As we go into the final round, only the CN class team title is decided, with even the GT Cup class seeing some rivalry for the title, thanks to entries from both Team NZ and TKS who will be going head to head in Sepang. Having each competed in one round, the #77 Team NZ Porsche 911 GT3 Cup and the #96 TKS Porsche 911 GT3 Cup are neck and neck with 26 points each.

In the LMP2 class, Jackie Chan DC Racing is going into the final round as class leaders, with 69 points for the #35 Oreca 03R Nissan. Algarve Pro Racing are following with the #25 Ligier JSP2 Nissan in second place with 50 points. Aidan Read will be joining the line-up in the #25 for this round, alongside Andrea Pizzitola and Andrea Roda. The #24 Algarve Pro Racing Ligier JSP2 Judd is sitting in third with 45 points. Race Performance are at 37 points with their #8 Oreca 03R Judd.

After round 3 in Buriram, ARC Bratislava are now leading the points in the LMP3 class with the #4 Ginetta LMP3 sitting at the top of the table with 55 points. Tockwith Motorsports aren’t far behind after their eventful weekend, sitting 2nd in the classification with 51 points with the #26 Ligier JSP3. Third and also fighting for the class win is the #1 Jackie Chan DC Racing Ligier JSP3 with 48 points. Also still in the running for class win is the ARC Bratislava sister car, the #7 Ginetta LMP3, with 40 points, and the #85 G-Print by Triple 1 Racing Ligier JSP3 with 30.

The provisional entry list currently stands at 28 cars, with 4 LMP2, 10 LMP3, 11 GT and, 1 CN and 2 GT Cup, making the 4 Hours of Sepang the strongest endurance race in South East Asia. This also means that we've had an average of 28 cars per round this season, a steady increase on last year’s already marked improvement. The final round will see the PS Racing ADESS 03 return in the LMP3 class, having missed out on Buriram, and FIST-Team AAI will be entering their #93 ADESS 03 as well, giving us once more three brands representing the LMP3 category.

It's worth noting that five ex-F1 drivers can be counted amongst the participants of this final event of the 2016-2017 season - Fairuz Fauzy, Vitantonio Liuzzi, Olivier Beretta and Ho-Pin Tung have all been test and/or reserve drivers for Formula 1 in their racing careers, and Alex Yoong raced for Minardi for two seasons.

The fight for the series titles will reach its pinnacle this weekend, especially in the LMP2, LMP3 and GT classes with the class winning crews making their way in June to la Sarthe in France thanks to their invitation to the legendary 24 Hours of Le Mans.