OAK Racing is proud to announce that Chinese ace Ho-Pin Tung will lead its driver line-up behind the wheel on the French squad’s #24 Morgan LM P2.

Following the official launch of the Asian Le Mans Series in Hong Kong earlier today, OAK Racing is proud to announce that Chinese ace Ho-Pin Tung will lead its driver line-up behind the wheel on the French squad’s #24 Morgan LM P2. 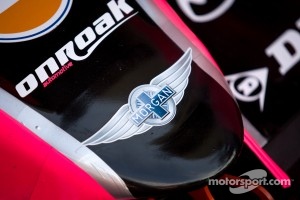 The championship sees four countries across Asia hosting six three-hour events similar to those of its European Le Mans Series counterpart. Like the ELMS, LM P2 has been designated as the premier prototype category, allowing OAK Racing to fight for overall race victories and the championship with its Onroak Automotive designed and built prototype that will this year carry its traditional pink and black livery.

Tung’s extensive single-seater CV includes reserve driver roles with Williams, Renault and Lotus Formula 1 teams, as well as titles in Formula BMW Asia and German F3. This will be his first experience of driving a sports-prototype however.

The 30-year-old has been China’s most high-profile and successful racing driver during the last decade and can expect a strong reception from his home crowd at Zhuhai, Shanghai and Ordos in the opening three rounds.

Ho-Pin Tung: “Being a Chinese driver I am very proud to have the opportunity to defend my country's colours in this new series in Asia that has been instigated by the Automobile Club de l'Ouest. Competing in the Asia pendant of the prestigious Le Mans Series thrills me. This should contribute a great deal to the development of endurance racing in Asia. For my debut in this new series I am very pleased to be working with OAK Racing, a French team that has enjoyed much success in LM P2 and one that is willing to implement a sustainable base in Asia. The Morgan LM P2 has already demonstrated its performance in several other series, including the FIA World Endurance Championship. The conditions appear ripe to achieve great things together.”

Jacques Nicolet, OAK Racing President: “We are delighted to welcome Ho-Pin Tung to OAK Racing for the Asian Le Mans Series. We could hardly have imagined a better leader for the car at the start of what we hope will be a fruitful collaboration between the team and such a talented driver. He should play a significant role in the team’s future in Asia.”

Sébastien Philippe, Team Principal: “The entire team is proud that Ho-Pin Tung is joining us for the Asian Le Mans Series. We have worked hard to be ready for this championship, so to be joined by China’s most recognisable and competitive racing driver in the first year of our commitment is a form of recognition that will only increase our motivation to succeed. In addition, Ho-Pin has experience of most of the circuits on the series’ calendar, starting with the Chinese rounds, so that’s an added bonus too.”

This year’s Asian Le Mans Series kicks off at Zhuhai in China on May 5.