Ex-Formula 1 driver Stoffel Vandoorne made a fraught LMP2 debut in the opening two races of the Asian Le Mans Series last weekend, as G-Drive completed a clean sweep at the Dubai Autodrome.

Vandoorne and former F2 driver Sean Gelael contested the first half of the season with stalwart LMP2 team JOTA as a duo in preparation for their move to the FIA World Endurance Championship this season with Tom Blomqvist.

Gelael took the start in the British squad's #28 Oreca in the first race of the weekend on Saturday and made a lunge going into Turn 1, only to run wide and settle for second behind the Phoenix Racing car driven by Simon Trummer.

But the real drama occurred 20 minutes later when Gelael clipped the rear of Trummer’s Oreca in traffic while trying to make a pass for the lead, sending both cars into a spin.

The Indonesian driver was forced to peel straight into the pits for repairs and was later handed a drive-through penalty for the incident, slipping further down the order.

Over the remainder of the race, he and Vandoorne were able to claw their way up the field and were back up to second place, chasing G-Drive’s #26 Aurus-branded Oreca for the lead.

But an ill-timed pit stop just before a full-course yellow undid their good work, and they finished a lap down on the leader in second position - not helped by a five-second stop/go penalty for repeatedly abusing track limits.

In Race 2 on Sunday, Gelael took an early lead for JOTA after passing the #26 G-Drive car that Rene Binder had qualified on the front row.

But any hopes of a strong finish were dashed when Gelael got caught up in an incident while trying to avoid the stricken #4 Phoenix Ligier LMP3 car on the inside of Turn 6, necessitating an unscheduled trip to the pits for lengthy repairs.

From there on there was little chance of Gelael and Vandoorne staging a recovery to podium positions, the duo ending up seven laps down and the last of the LMP2 finishers in sixth.

While JOTA endured a troubled run in Dubai, the Algarve Pro-run G-Drive operation dominated proceedings, with the #26 crew of Ferdinand Habsburg, Yifei Ye and Binder taking commanding victories in both races. 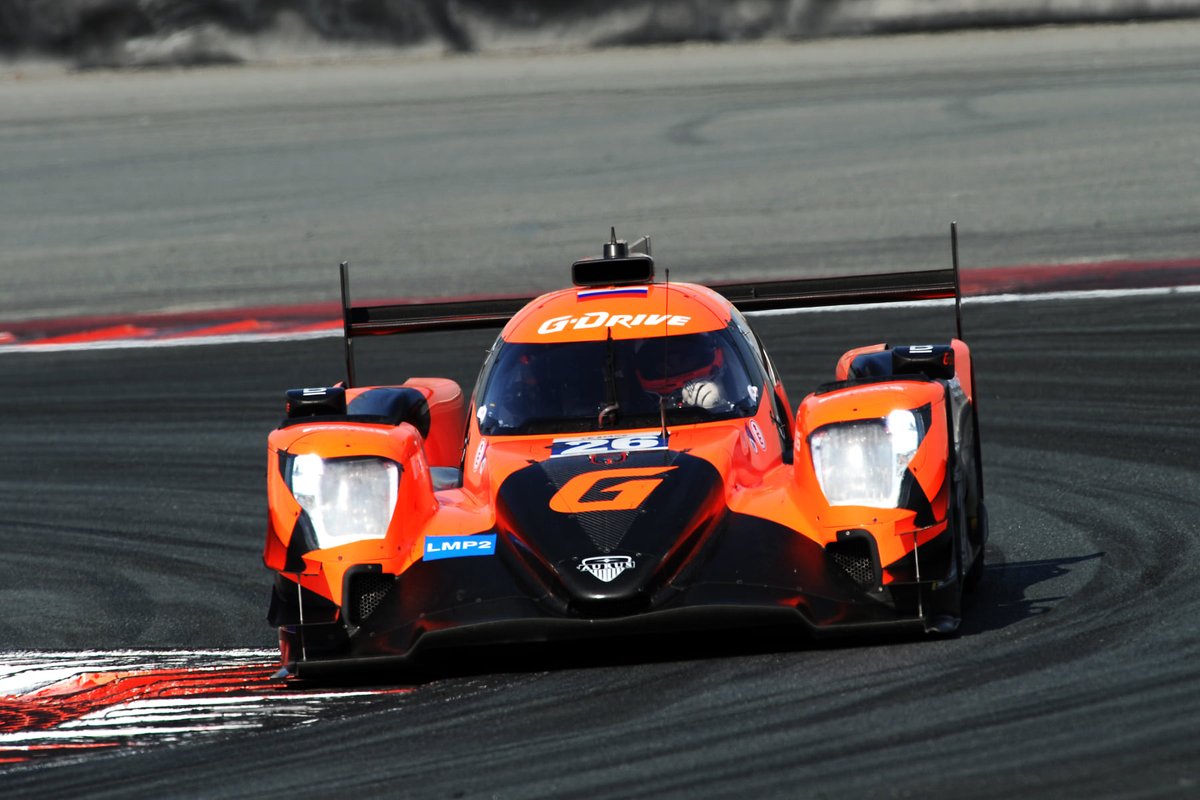 The collision between Gelael and Trummer in Race 1 handed Binder a lead he and his teammates would never cede, the trio lapping the rest of the field on their way to a fine win.

While the the sister #25 Aurus of John Falb, Franco Colapinto and Rui Andrade was hamstrung by technical problems in Race 1, the trio bounced back strongly in Race 2 to complete a 1-2 for G-Drive behind Habsburg, Ye and Binder.

Era Motorsport and United Autosports shared the spoils in the LMP3 class, while Porsche teams won both races in the GT3 category - Herberth Motorsport took top honours in Race 1 before GPX’s triumph in Sunday’s encounter.

The 2021 Asian Le Mans season will conclude this weekend with a pair of races at the Yas Marina Circuit in Abu Dhabi, where automatic invitations to this year's Le Mans 24 Hours will be up for grabs for the champions in LMP2 and LMP3 and the top four GT3 teams.

Vandoorne's place in the JOTA crew alongside Gelael will be taken by Blomqvist.