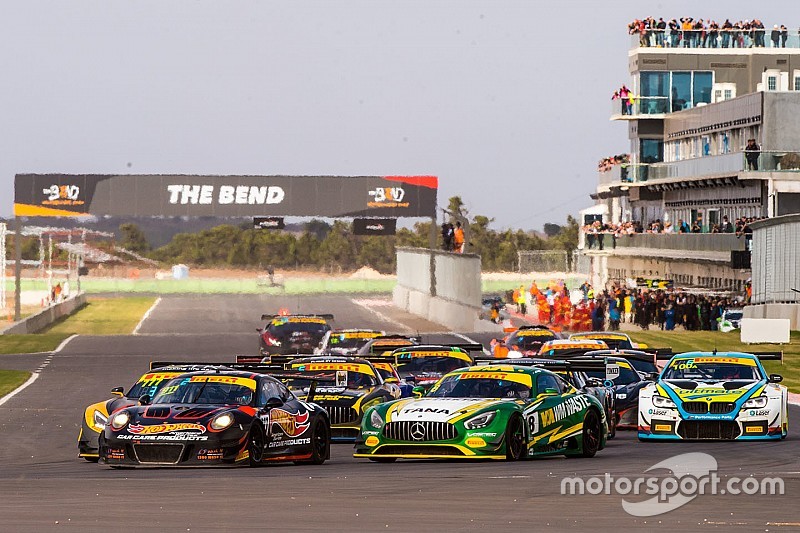 The Australian GT Championship has confirmed a 29-car field for its third round of the season at Sandown this weekend.

With a switch back to sprint format after the endurance round at The Bend, the majority of crews are running single-driver entries. That includes title contenders Liam Talbot (Walkinshaw Porsche) and Peter Hackett (Eggleston Mercedes), who will be boosted by the absence of current points leader Max Twigg.

STM Mercedes driver Twigg, who leads the points with co-driver Tony D'Alberto, has opted to focus on the long-distance rounds, which means a return for Phillip Island at the end of this month.

Jaie Robson, meanwhile, will switch from a Mercedes to the Audi that was recently purchased by the Aussie Driver Search programme.

"It's useful having some insight into how a BMW racing car works, but I'm also mindful of the fact that the M6 is a very different beast to the Z4," said Capo.

“I've been looking over some technical documents and I can see that it's a different style of car, which I find really exciting. I like a new challenge.

"The deal came together quite quickly, but I feel well-prepared. I've been training hard because I know these opportunities can come up at any time. I'm just looking forward to getting in the car and learning as much as I can."

There will be three 40-minute races across the Sandown weekend.