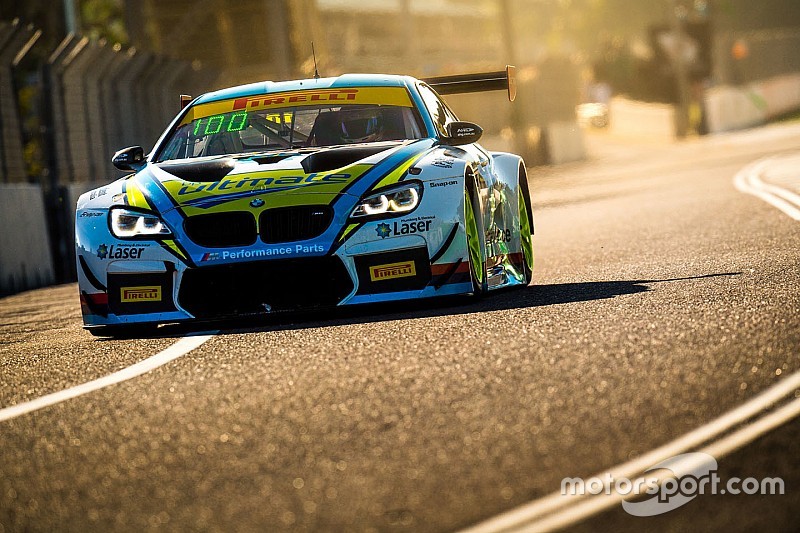 O’Keeffe will join four-time Bathurst 1000 winner Steve Richards in the factory-backed #100 M6 GT3 for the New Zealand swing, replacing regular co-driver James Bergmuller, who is unavailable due to business commitments.

The 19-year-old has a pre-existing relationship with Richards, with his Carrera Cup car run out of the Steve Richards Motorsport workshop.

He’s currently sitting fifth in Carrera Cup, and has recently returned from Germany where he was Australia’s representative in the junior Porsche shootout.

O’Keeffe recently tested the M6 for the first time, and will make his competitive debut in the car at Hampton Downs on the weekend after next.

“I’d just got back from doing some driving in Germany, and that day Steve called me and asked me to do a seat fitting for the BMW,” said O’Keeffe.

“I was caught a bit off guard, but I’m really excited. It’s a great way to finish a busy year.

“Richo has been a mentor of mine for the last three years, so it’s pretty cool to actually race alongside him.

“I’ve been watching the BMW M6 GT3 being prepared on the other side of the workshop all year, and I’ve always joked with Richo and asked him when he’s going to give me a drive.

“So it’s incredible to finally put something together and turn it into a reality.”

Richards added that he’s looking forward to seeing the young talent in action at the Hampton Downs 500 and Highlands 501 over the next few weeks.

“Unfortunately James has got some business commitments that he can’t miss, but fortunately it also means that there is an opportunity for someone like Dylan,” said Richards.

“Based on his results and the fact that he’s effectively part of our set-up as well, it made perfect sense. We tested him in the car and he went really well.

“He raced a different GT car at the Sydney Motorsport Park round and he did a great job. It’s not like we’re going into these rounds with an unknown quantity. I was very impressed with the way he handled himself in Sydney.

“He has a vision of driving GT cars and doing long-distance racing, so we’re providing a platform for him to do exactly that. It’s also a great was for us to evaluate him for things that we’re doing moving forward.