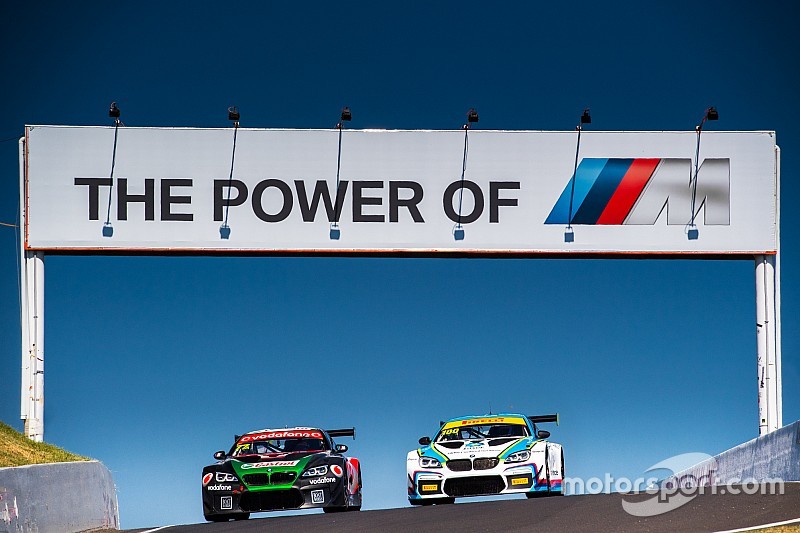 BMW Team SRM will expand to two cars for the rest of the Australian GT season, with Danny Stutterd joining the team in a second BMW M6 GT3.

The factory-supported team will run Stutterd’s M6 GT3 alongside the #100 car raced by team boss Steve Richards and former Carrera Cup driver James Bergmuller, who joined for this season.

Stutterd’s car is the same M6 that Mark Skaife, Russell Ingall, Tony Longhurst, and Timo Glock raced at the Bathurst 12 Hour, with the experienced GT campaigner set to run all of the sprint and endurance rounds starting at next weekend’s Albert Park round.

“I’m thrilled to have Danny on board,” said Richards.

“He has got a lot of experience, he’s got good speed, and he’s really enjoyed the time he’s spent in the BMW M6 GT3.

“Having another car on the grid will help us in terms of results, and it will help us put the BMW nameplate even further in the mix.”

Stutterd had his first proper taste of the M6 at Winton yesterday, ahead of the Australian Grand Prix support races which make up the second round of the AGT season.

“Getting into the car, it felt very comfortable from the first minute,” he said.

“It’s a great car to drive. I’ll need to get used to driving a turbo-powered car, but it’s amazing how comfortable I already feel. You can drive the car hard and it’s very predictable, you can feel that through the seat. It’s a really cool car.

“Being able to team up with Steve is a big part of why I made the decision to come on board. The knowledge that I can get from him and the BMW Team SRM crew is incredible, and then having BMW in our corner makes it even better.

“As far as I’m concerned, this is all about getting better and better – and being in a great car, and learning from Steve, that makes a big difference. It’s the sort of knowledge and experience I couldn’t get elsewhere. I’m looking forward to a fantastic year with BMW Team SRM.”