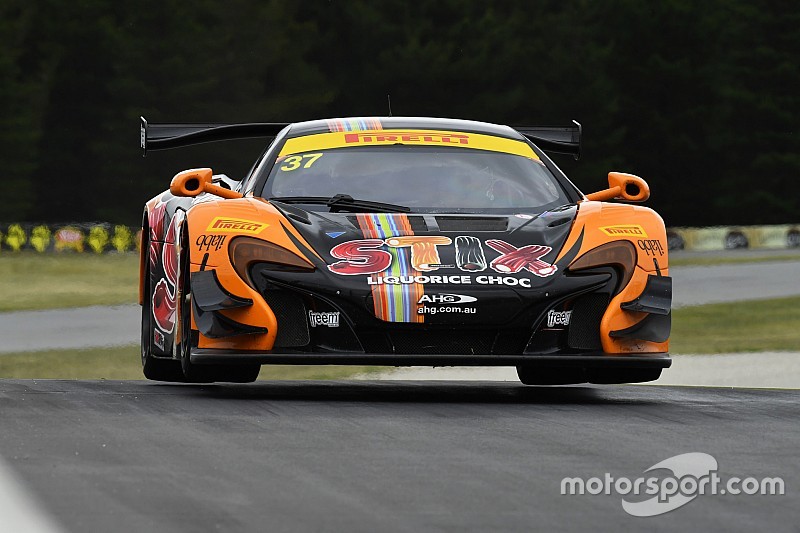 Klark Quinn is the 2016 Australian GT Champion, after a wild final two sprint races of the season at Highlands Motorsport Park in New Zealand.

Quinn and title rival Nathan Morcom came to blows during this morning’s first race, Morcom tagging leader Quinn on the final lap of the race. That meant Morcom took the win, and the points lead, while Quinn was dumped to the back of the field.

However the title fight took another turn right before the start of today’s second race, Morcom being slapped with an exclusion from Race 1 which meant Quinn actually had a 12-point lead.

By finishing third in Race 2 behind Nathan Antunes/Elliot Barbour and Craig Baird/Michael Almond, Quinn was able to secure his third Australian GT Championship.

“It’s been a day of highs and lows but I’m so happy with how it’s turned out,” said Quinn.

“I said at the start of the year that I wasn't out to win the championship. My day job is making confectionary, so to do this is very special.”

The second race of the weekend claimed two big scalps, with both the Walkinshaw Porsche and the BMW Team SRM M6 set to miss tomorrow's Highlands 101.

Porsche driver John Martin and BMW driver Max Twigg were involved in a late scuffle, which saw both cars go into the fence. As a result neither will start tomorrow's final endurance race of the season, along with the factory Nissan which was withdrawn after a practice crash.