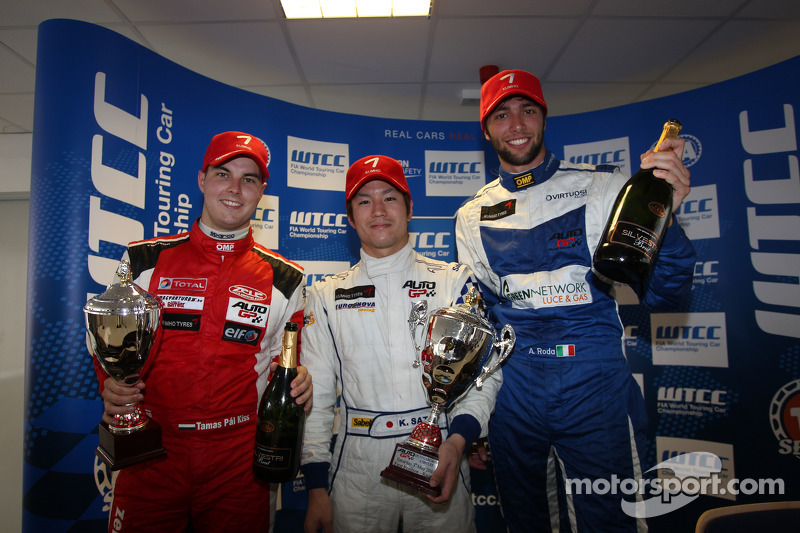 Race 2 will be taking-off tomorrow.

Kimiya Sato (Euronova Racing) captured a spectacular Race 1 win at Budapest. The Japanese racer, who was taking-off from the rear due to his tough luck in qualifying, recovered to fourth place at the end of the opening lap. At the front, Zele Racing’s Tamas Pal Kiss had passed Markus Pommer (Super Nova) for the lead, while Giorgio Roda (Virtuosi UK) moved on Super Nova’s female racer Michela Cerruti on lap 2 and Kevin Giovesi, driving for Eurotech, cruised to 7th in front of MLR71’s Michele La Rosa.

On lap 4, Giovesi and Ghirelli made their way to the pits: the reigning champion had bent a suspension arm at the start. On lap 5, La Rosa did the same, getting back on-track in front the Super Nova racer while not too much later, Sam Dejonghe (Vituosi UK) lost the third place he had at the start to Sato before going back to the pits followed by Cipriani. On lap 11, Sato passed one more car, jumping in front of Pommer. The German faced even tougher luck at the pits: due to a miscommunication, he made his way in one lap later than planned and following to the confusion, a wheel came away from his car and team-mate Cerruti also got stuck by the incident, compromising her race too. When it rains, it pours and Pommer was also penalized 35 seconds.

Back on-track, Sato clocked several fastest laps, and after his pit-stop he was able to pass Pal Kiss, who had to settle for second. In third, Roda captured his maiden podium finish in the series to top Giovesi and Dejonghe. On lap 15, Ghirelli also lost two spots to Zele Racing’s Yoshitaka Kuroda and La Rosa. Race 2 will be taking-off tomorrow at 12:15, on a 19-lap distance. The heat will be televised live by Eurosport.