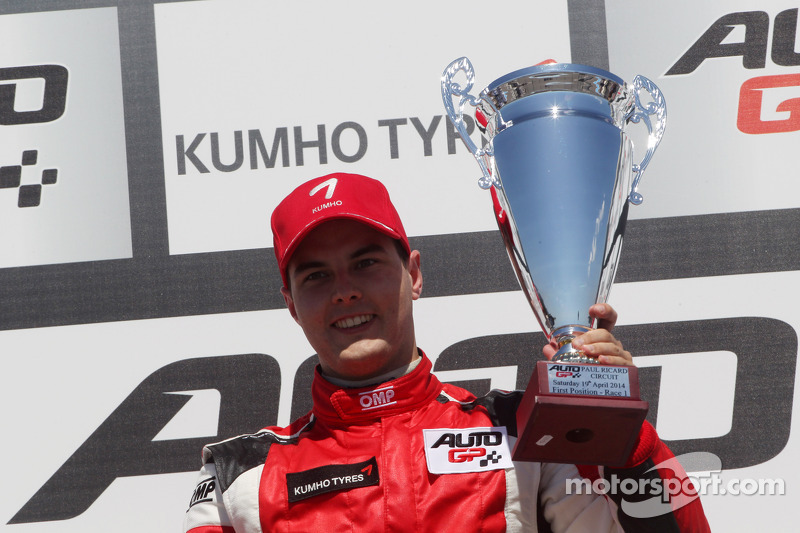 Driving for Zele Racing, Tamas Pal Kiss scored his maiden Auto GP win today at Le Castellet in Race 1 of the Auto GP weekend at the French venue. The Hungarian racer captured the lead during the pit-stops when the Austrian squad led by Michael Zele, did a spectacular job, securing their first victory after having scored in Race 2 last year at Marrakech.

Markus Pommer (Super Nova) and Kimiya Sato (Euronova) completed the podium. The German reduced his gap to to the front of the charts to 12 points from the Japanese rival, although Sato could have faced an even harder luck as he stood still at the start of the formation lap. While he was repositioned at the end of the pack, Sato was off to an incredibly quick start moving up to 4th by the first corner.

Out front, Eurotech’s Kevin Giovesi was leading Pommer and Kiss, but the Italian fell victim from a fitting problem on his right rear tire and slipped to fourth. The same kind of issue happened to Andrea Roda, who rounded out the top-5 for Virtuosi UK after a glitch with his left rear. Young Italian Loris Spinelli took 6th for Eurotech as he keeps climbing his learning curve on the demanding Auto GP car.