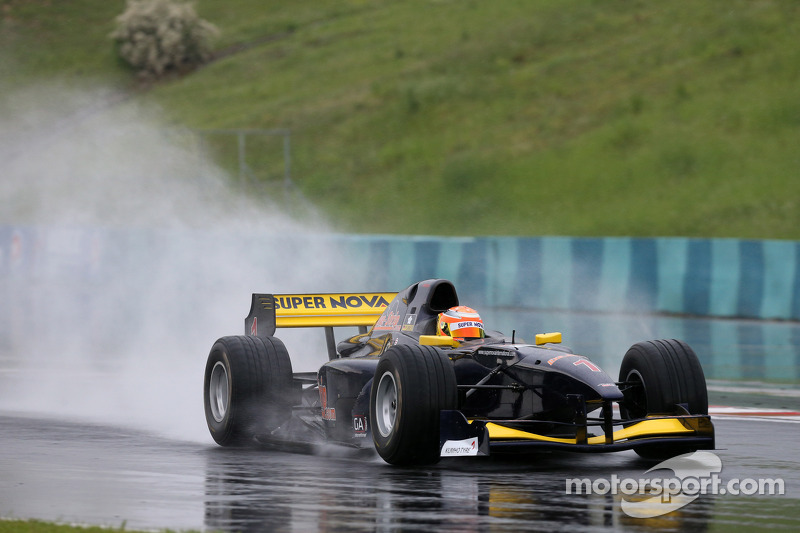 Local hero Tamas Pal Kiss, running for Zele Racing, scored the second fastest lap and will be on the front row.

Driving for Super Nova Racing, Markus Pommer captured his maiden Auto GP pole at the Hungaroring. At the end of a rain-disrupted session, the German handed the Sears-owned operation their fourth straight pole in Budapest. From 2011, the honor went in succession to Luca Filippi, Adrian Quaife-Hobbs and Vittorio Ghirelli.

Local hero Tamas Pal Kiss, running for Zele Racing, scored the second fastest lap and will be on the front row, while the second row will be split between Virtuosi UK’s Sam Dejonghe and Super Nova’s Michela Cerruti. Two Italians qualified in row 3. Reigning champion Vittorio Ghirelli, also driving for Super Nova, rounded out the top-5 in front of Andrea Roda (Virtuosi UK).

Qualifying was suspended for 45 minutes due to hard rain, as a tough downpour hit the venue in the middle part of Q2. While Yoshitaka Kuroda (Zele Racing) and Giuseppe Cipriani (Ibiza Racing Team) were already out at the end of Q1, the other ten racers got on-track as soon as the green lights came on at the end of the pit-lane, all managing to complete one lap.

On the other hand, Kimiya Sato (Euronova Racing) made it back to the pits before the interruption followed by Kevin Giovesi (Eurotech), who had suffered from gearbox issue in practice, to put rain tires on. Once the session got back underway, almost nothing changed except for Eurotech’s Loris Spinelli taking seventh place away from Michele La Rosa (MLR71), who didn’t run in the second half.

Auto GP back to the streets of Budapest