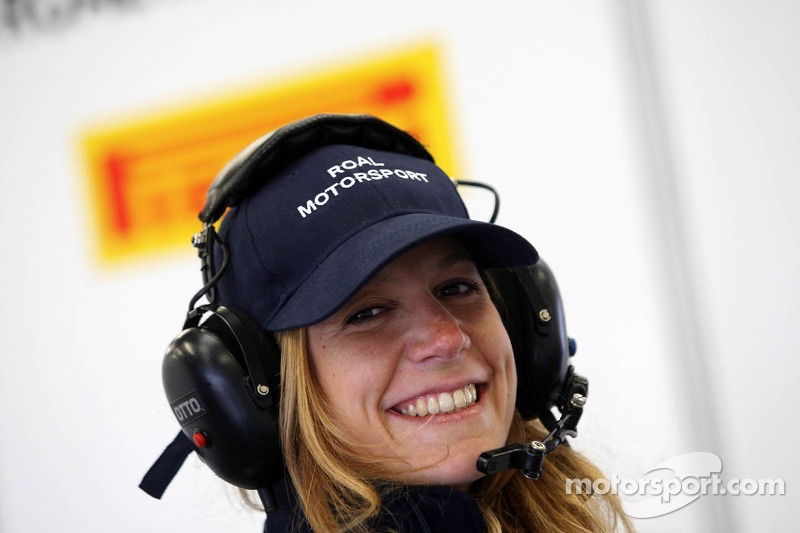 After scoring 8th place in Qualifying, when she made it to the Q2 segment, Michela show good pace in the two race getting a double points finish.

Michela Cerruti ended her weekend with a top-5 finish at Le Castellet, in Race 2 for the second round of the 2014 Auto GP championship. At the French Paul Ricard track, located on the Var hills not far away from Marseille, the 27-year-old female racer, fielded by the Super Nova team, continued to climb her learning curve in the series with a globally positive performance. After scoring 8th place in Qualifying, when she made it to the Q2 segment, Michela show good pace in the two race getting a double points finish.

In Race 1, she ended up in seventh place despite a problematic pit-stop that cost her valuable time on the way. In Race 2, held in rainy conditions, Michela left a strong impression as she captured the lead from the front row and held it during the opening laps. After letting Kevin Giovesi go, she then settled for second until the pit-stops. When she came out of her late tire change, she had to deal with two rivals coming by with warmer tires. With cold rubber, she had to content with 5th. In the end though, it was a good points finish for “Miki”, considering that it was the first time for her to drive the demanding Auto GP car in the wet.

The next round for the Auto GP championship will be at the Hungaroring, just outside Budapest on the 3rd and 4th of May.

Michela Cerruti: “The weekend turned out to be a good one despite the fact that I’m only half-satisfied with some aspects, like qualifying for example. On the other hand, the pace is there and it’s constantly improving so I’m pretty pleased with that. In Race 1 I was slowed down by a pit miscue before suffering a bit from the rear tire wear, while in Race 2 I drove for the first time with this car on a wet racetrack. Nonetheless, the start and the overall pace were good. Then, going for a late pit I found myself with cold tires battling with two rivals who had already pitted and I have to settle for 5th. I’m heading back home with some good indications and valuable points”.

Auto GP back to the streets of Budapest