Sergio Campana is going into his third AutoGP season with Zele Racing.

Sergio Campana, who won the 2011 Italian F3 title, which earned him a Ferrari F1 test drive, is going into his third AutoGP season with Zele Racing. The 27-year-old won three races last year (Monza, Marrakech and Mugello) and earned four more podiums to finish third overall in the standings. In 2014, the Modena-native wants to aim for the title and is confident that the Austrian outfit will be the perfect partner. 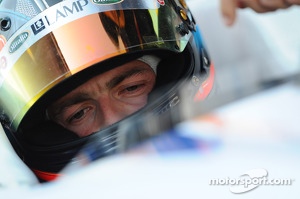 Sergio Campana
“I have known Michael for some time and we work along the same lines. When I did a guest start for them at the US race in 2012, I finished on the podium off the cuff. It clicked immediately. Since then, both I and the team have developed further and we started talking about 2014 at the official testing in Jerez last year. I am sure that we can have a great 2014 season together”.

Michael Zele
“2014 will be our third year in AutoGP and it is time to challenge the big guns. Obviously, you need a good driver for doing so and therefore, we are very happy to have to an agreement with Sergio. He is an excellent racer, but also a great person”.