Tamas Pal Kiss will continue to race with Austrian outfit Zele Racing in the upcoming 2014 AutoGP World Series season. The 22-year-old racer successfully competed for Zele Racing last season. Kiss finished on the podium at his first outing, with a third place in Silverstone.

He added six more top-5 positions throughout the season and ended up in 5th in the final drivers’ standings despite having missed the first four races. 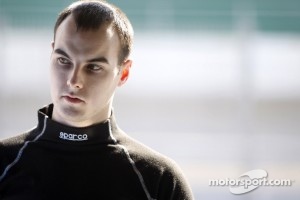 Tamas Pal Kiss: “It’s good to be back at a place with people you know. My expectations are high, because the cooperation with the team was already very good last year. And from what Michael (Zele) told me, they have gained more experience and won several technical partnerships. So everything seems ready for us to battle at the front”.

Kiss made his karting debut in 1998. Following three Hungarian national titles, he moved to Formula Renault 2.0 Suisse in 2008, before joining Formula Renault UK a year later. Coming third in the Graduate Cup, Kiss remained in the series and went on to taking third place overall with eight podiums and three wins next season. In 2011, Kiss started in the GP3 Series earning his maiden victory in Barcelona, before switching to AutoGP and Zele Racing for the 2013 season.

Michael Zele: “Tamas proved his skills last season and it is nice to have him on board again. He has great potential and we believe that together we can take the next step this season”.