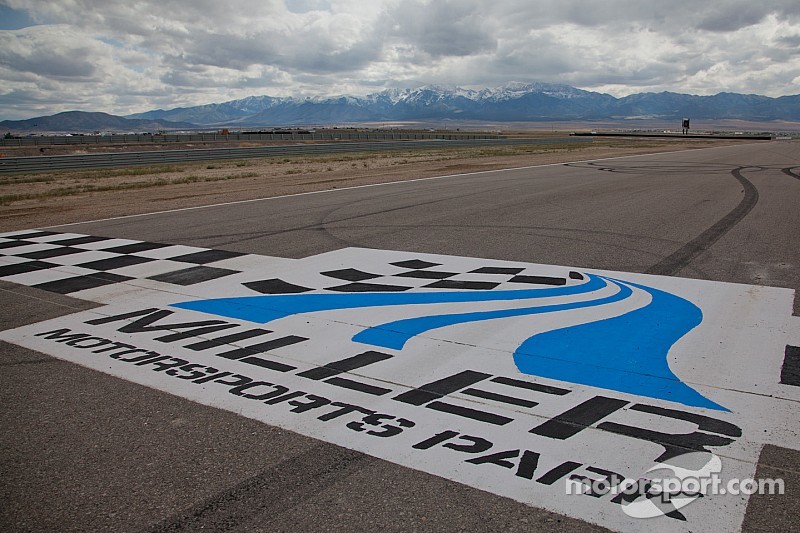 With an attractive enough lease deal from the county, the track could survive.

Word that Miller Motorsports Park in Tooele, Utah – about a half-hour from Salt Lake City – is dead is not entirely accurate, but it isn’t good news, either.

Here’s the statement from the Miller Group, which built the track: “The Larry H. Miller Group of Companies has elected not to renew its lease with Tooele County and will cease operation of Miller Motorsports Park at the end of the racing season on October 31, 2015. A full schedule of racing events, driving schools, public karting and group activities will be held this summer as planned.

“Gail Miller, owner of the Larry H. Miller Group of Companies, stated: ‘On behalf of my family, I would like to thank all of those who have supported the track over the years, both locally and worldwide, for their enthusiasm and use of the facility.’”

Why is this not an automatic death sentence? Because the county owns the land, and apparently as of October 31, they’ll own what’s on it. And what’s on it is a gorgeous, spare-no-expense facility. If someone comes along and makes a deal with the county to continue to run the track, then it could race into 2016 and beyond.

If not, then Miller Motorsports Park, valued at maybe $125 million, is likely to turn into an unspeakably deluxe, well-appointed police training facility for the Tooele County Sheriff’s Department. But there may even be a problem with that created-from-whole-cloth theory – more about that in a moment.

If you don’t know the history of Miller Motorsport Park, here it is in two words and an initial: Larry H. Miller.

Miller was the head of the Larry H. Miller Group, a conglomeration of businesses that ranged from the Utah Jazz basketball team to movie theaters to a TV station to more than 50 auto dealerships, al stemming from one Toyota dealership he bought a piece of in 1979.

Miller had plenty of interests, but aside from his family and religion – he was Mormon – he had two passions: His hometown, and fast cars, particularly those designed by Carroll Shelby and produced by Ford. In 2004 he broke ground on Miller Motorsport Park, which was to be a small regional track, built on a modest budget of maybe $5 million, on land outside Tooele that he would lease from the county. Land that was, frankly, not in high demand.

Miller was a nice guy, a conservative who once pulled the film “Brokeback Mountain” from his movie theaters, because he didn’t feel the message it sent was family-friendly. It was not an easy decision for him, and he later said it was probably a mistake. But it could not be said that he ran from controversy.

As construction on Miller Motorsports Park continued, Miller kept adding things. He hired track designer Alan Wilson, in my opinion as good as any designer in the world, including Hermann Tilke, and what resulted was an interesting, challenging 23-turn, 4.5-mile road course, the longest in America, which could be easily split into shorter tracks that could operate at the same time. The design is motorcycle- and kart-friendly, and that was a big part of the Park’s audience. (And since Alan Wilson was often there, his wife, ex-Formula One driver Desire was too, and the stories both can tell over lunch is worth the trip to Utah.)

And Miller’s little clubhouse turned into a big, beautiful clubhouse that was a marvel of architecture. There’s a museum, with many of Miller’s personal cars, including some mint Cobras. There are garages that can be rented. The entire facility is more than 500 acres, with 50 acres of parking which, unfortunately, has never been close to full.

And that $5 million budget soared to over $100 million.

It was a gift

But Larry Miller wasn’t concerned. He saw it as a gift to motorsports, a gift to the Salt Lake City area. He told the track management that he knew he’d never see that money again – their mandate was to just operate it on a break-even basis, and he’d be happy.

That was good, because track management soon realized that Salt Lake City is not exactly a performance car mecca, and that attracting suitable crowds to professional events like Grand-Am and the American Le Mans Series and FIM Superbikes was a challenge. Now, the largest series to go to Miller are the Pirelli World Challege, scheduled for August, and the Lucas Oil Offroad Series, scheduled for June.

Likely none of this would have mattered had Larry Miller not gotten sick and died. He never looked healthy when I was with him, and in June, 2008, he had a heart attack, and it was downhill from there. Diabetes knocked him further to the ground, and on February 20, 2009, he died. He was just 64.

Immediately, there was unspoken concern about what would happen to his racetrack. Unlike the other enterprises in his family portfolio, it was the only one that never made a dime.

Then in August of 2013, Roger Miller, Larry’s son, died at 44 in a hotel room in Kansas City. He was in town to race the Miller Motorsports Ford Mustang Boss 302R with partner Ian James in the Continental Tire Challenge Series at Kansas Speedway, and he also drove, quite well, in the Lamborghini Challenge race.

Losing Larry Miller, then Roger, meant no one else in the family had much love left for auto racing. At that point, the handwriting was likely on the wall for Miller Motorsports Park. The remaining Millers -- Gail, Larry's widow and owner of the Larry H. Miller Group of Companies, and sons Greg, Steve and Bryan Miller -- are viewed by some as on a path towards involving themselves less and less in the day-to-day operation.

'It was a passion'

Said a source close to the track: “For Larry, it wasn’t a business. It was a passion.” If the rest of the family doesn’t share that passion, and the track isn’t making money – well, what is happening seems inevitable.

As for Tooele County doing much with the track: “The county is broke,” said the same source. “They can’t keep the swimming pools open.”

So unless someone comes in, negotiates a sweetheart lease from a struggling county and turns Miller Motorsports Park into, say, a rich guy’s private members-only track like, say, Monticello Motor Club, it could be doomed. Of course, Monticello Motor Club is just 90 miles from Manhattan. Miller Motorsports Park, well, isn’t. There’s still a connection with Ford – the company’s ST Octane Academy is still at Miller, and the very good Ford Performance Racing School is there, with a fleet of 2015 Mustangs.

If someone could maintain the Ford connection, bring in some additional business and get the right lease, Miller Motorsports Park, the asphalt-and-glass gift to the community from the track's founder, could survive into the future.

It’s what Larry Miller would want. Even if his family might not.

Mazda and Toyota team off-track -- could on-track collaboration be in the cards?

The technology behind a pure-electric 1900bhp monster

The technology behind a pure-electric 1900bhp monster