Elliott to step aside for "Most Popular Driver"

WATKINS GLEN, N.Y., (August 8, 2001) - Bill Elliott, voted the National Motorsports Press Association's "Most Popular Driver" for the past 10 years running and 15 times total, has decided to remove his name from the 2001 award ballot in honor of Dale Earnhardt.

"Being voted the Most Popular Driver for 15 years is certainly an honor," said Bill Elliott, driver of the No. Dodge Dealers Intrepid R/T. "But, this is a much different year than others. Dale Earnhardt never won this award, and I think it would be a tremendous honor for the Earnhardt family to receive it this year. I certainly don't want to stand in the way of his family receiving this award."

Elliott is the first driver in the history of the award to remove his name from the balloting process. "Over the past decade Bill Elliott's fans have made his name synonymous with the Most Popular Driver Award," said David Poole, motorsports editor at the Charlotte Observer and president of the NMPA. "Bill's decision to remove his name from voting is another example of why he has won this award so often. Given how loyal his fans have been over the years, I can't help but believe they will understand Bill's reasons for making this gesture."

"I'd like to thank the members of the Bill Elliott Fan Club, who have provided tremendous support over the years," Elliott added. "They are the people responsible for me winning this award 15 times. I sure hope I can reward their support with a win in the Dodge this season."

"Bill's decision to step aside in the voting for the 'Most Popular Driver Award' demonstrates just why he has been such a popular driver for so many years," said Mike Helton, president of NASCAR. "He always puts the sport - and his fellow drivers - before himself. He's not only a great driver. He's a gentleman, too." 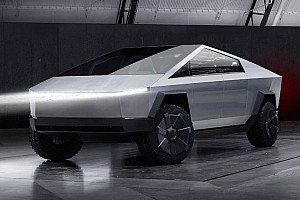 Does the towing ability of the Tesla Cybertruck really matter?