The IROC series has been dormant since the conclusion of the 2006 season due to lack of sponsorship. IROC President Jay Signore said, "We're all very sad to see IROC come to an end, but the competition for major corporate sponsorship is very tough and the car manufacturers have not shown any interest. We kept hope alive as long as we could but now it's time to look forward and move on."

Spanning four decades the IROC series left its mark in auto racing history staging 120 events at 16 different world-class race tracks across the United States and amassing a roster of over 125 of the biggest names in stock car, open wheel and road racing from throughout the world.

Twenty-one of those greats have won the elite IROC championship along with the bragging rights of beating out the best of the best. The IROC series was touted as one of the sporting world's most unique competitions, designed to settle the old argument: "Who is the World's best driver?" The concept, conceived in 1973 by Roger Penske and Les Richter, with Jay Signore at the helm, has proven timeless: Take 12 of the World's best drivers from different types of auto racing, put them in identically prepared race cars with a set of rules eliminating any mechanical advantages and produce a winner based solely on driving skill.

The IROC rules stated drivers were only allowed to adjust the steering wheel and seat position; they were not permitted any input on the set-up of their race cars, which were prepared and serviced by a team of IROC mechanics. The series consisted of four-races on different types of tracks throughout the racing season. Points were awarded to the drivers based on finishing positions in each race, which was approximately 100-miles in distance -- perfect for fitting into a one-hour television time slot. At the end of the final event the driver with the most points was named the IROC champion and awarded $1-million prize.

Racing legend and 1979 IROC champion, Mario Andretti said, "I've been so proud to compete against the best of the best in the IROC series. It has been a great part of my career and I don't think I could have truly considered my career complete unless I would have competed in IROC."

NASCAR's Mark Martin holds the record for the most IROC championships and over-all race wins with 5 and 13 respectively. "The success that I have had in IROC has meant more to me than anything else in my career," said Martin.

The late Dale Earnhardt has four IROC championships and is tied for second with open-wheel legend, Al Unser Jr., with 11 IROC race wins. Unser Jr., said, "I watched my father and Uncle Bobby race in IROC and I thought it would be really neat if someday I would get an opportunity to run IROC. I was fortunate enough to have that day come in 1986. It's was such an honor to be invited to IROC because of what it stands for and all of the great champions who have raced in the series since its inception."

Unbeknownst to everyone, racing phenom, Tony Stewart became the last IROC champion in 2006. Finally, in his fifth try Stewart clinched the title saying, "It's always a huge honor just to run in the IROC series. When you get the invite you know you did something good the year before. It really hit me to see all the past champions' names. To be on a trophy with that list of great names is something I'm very, very proud of. Anytime you can go out with that talent and then be the champion of champions is something that's pretty special."

The series went dormant once before between 1981 and 1983 back when it was heavily reliant on car manufacturer support. General Motors (GM) revived the series in 1984 to promote their newly redesigned Chevrolet Camaro, which had been the model used in IROC competition since the second season in 1974.

Signore said, "Our first year ('73-'74) we ran the Porsche 911 in four road course races, two at Riverside, California and two at Daytona International Speedway. (NASCAR founder) Bill France Senior was watching with Les Richter and added the suggestion of IROC racing with stock cars which were able to run on both, the big ovals and the road courses. GM stepped up to the plate with the Chevrolet Camaro and the rest is history."

In total, over the course of its 30-seasons, the IROC series raced five different model cars with four different car manufacturers. 1989 was the last year of the IROC Camaro and the series signed with Dodge in 1990 racing their Daytona model. In 1994 Dodge utilized the series to debut its new Avenger model. In 1996 it was back to GM, but this time the Pontiac Firebird was the choice model for the IROC series. With the proposed phase out of the Firebird, GM ended its sponsorship of the IROC series after 2001.

IROC has had major corporate sponsorship throughout its history from The Goodyear Tire and Rubber Company and has been sponsored by other major corporations including Annheiser Busch with Budweiser, True Value and Diageo's Crown Royal brand.

The IROC series was birthed out of Penske Racing's former headquarters in Reading, PA. The series moved to Tinton Falls, N.J. when it was revived in 1984 with Signore and his wife Barbara heading up the 20,000 square foot facility. Not only did the race shop produce a successful racing program and pristine race cars, it also produced a wealth of professionally trained race mechanics and technicians - all residents of New Jersey.

Signore said, "We were able to staff the team with local racers and other mechanically inclined locals. We had a very stringent training program and very high expectations, all derived from our association with Penske Racing and their motto 'Efforts equals results.'"

Dozens of former IROC employees hold key positions on major motorsports teams, most notably, NASCAR Star crew chief and team owner, Ray Evernham who honed his professional career at IROC between 1983 and 1989 before achieving fame with his accomplishments at Hendrick Motorsports and driver Jeff Gordon.

"We managed every aspect of the IROC series out of this building for the past 25-years and everything has to go in this auction. We have tools and equipment along with a dozen, or so, race ready IROC cars, driver uniforms, helmets, autographed pictures - there's a lot of history here. It's hard to see it all go, but we've had a great time with the IROC series and no regrets." 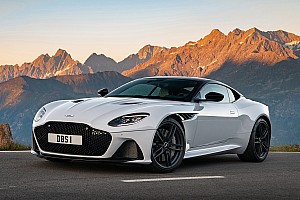 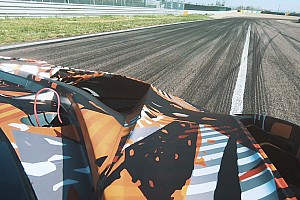