Lola, a true success story, celebrates 50 years in motorsports this year, and the highlight of the year must be Le Mans 24 Hours, where the UK firm has no less than seven cars this year, challenging in both the LM P1 and LM P2 classes. ...

Lola, a true success story, celebrates 50 years in motorsports this year, and the highlight of the year must be Le Mans 24 Hours, where the UK firm has no less than seven cars this year, challenging in both the LM P1 and LM P2 classes. 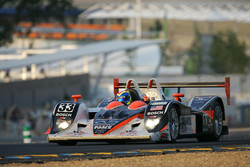 The 2008 edition of the endurance classic has already started well for the Lola cars with Enge putting the LM P1 Charouz Racing System Lola B08/60 in 6th place on the grid. In an exciting final qualifying session the driver from the Czech Republic battled hard to put the Aston Martin-powered Lola ahead of one of the Audi R10s, beating the best time from Marco Werner by just over 1/10th of a second.

With few home-grown car manufacturers left in the UK, the country's motorsport industry still manages to thrive. In recent years Rover, MG, TVR and Marcos have all shut up shop, and many of the prestige brands like Rolls Royce, Bentley and Range Rover are now owned by foreign companies. However, the motorsport industry, and Lola in particular, defies that trend and is still a huge worldwide success story.

Lola Chairman Martin Birrane said: "It's a wonderful accomplishment to reach 50 years in motorsport. We would like to pay special tribute to Eric Broadley and our highly skilled workforce. We also need to acknowledge the fantastic achievements of the world class drivers. With exciting initiatives in place, we can all look forward to expanding the technical boundaries for the future of motor sport."

Lola started out from humble beginnings in 1957 when quantity surveyor Eric Broadley built his first car. Called the Broadley Special, it was just the beginning. A year later Broadley formed a company called Lola Cars Ltd in the southeast of London, in Bromley. The Special was an instant success, becoming the first to lap the Brands Hatch circuit in under a minute.

Within four years, the new company was involved in Formula One with the Lola-built Bowmaker Yeoman Credit Team Formula One car. Driver John Surtees scored podium finishes at the British and German Grands Prix, finishing fourth overall in the 1962 World Championship.

Lola soon teamed up with the Ford Motor Company and moved to a larger factory in Slough; the first car from that factory was the 4.2 litre Ford V8-powered Lola GT. 1965 saw the introduction of the iconic T70. The car looked stunning and gave John Surtees and Dan Gurney victories in the Can-Am Championship and Roger Penske's win in the 1969 Daytona 24 Hours.

Alongside the success of the T70, in 1966 Graham Hill became the first Englishman to win the Indianapolis 500, driving a Mecom Lola. Lolas continued to race the Indy 500 and scored numerous wins over the years with drivers such as Mario Andretti, Al Unser Senior, Mark Donohue, A.J. Foyt, Rick Mears and Nigel Mansell.

In 1970 Lola moved headquarters to its current location in Huntingdon and turned out some talented designers. The young team of Patrick Head and John Barnard -- who have subsequently gained much fame in Formula One -- helped build the Lola T290 family of cars.

At Le Mans, 2007 saw Lola's largest entry into the 24 Hours, with six Huntingdon-built LMP racers competing, three in each of the LM P1 and LM P2 categories. The race provided Lola with a fourth consecutive Le Mans LM P2 class victory, with Team Binnie taking the victory in the class with their B05/40 Zytek entry. 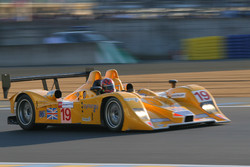 For 2008, there are three LM P1 entries as well as four in LM P2. In P1 there is Charouz Racing System's new closed-cockpit B08/60 Aston Martin, which will be driven by Jan Charouz, Tomas Enge and Stefan Mucke. The team has been very fast, if not always reliable in the Le Mans Series races, and split the Audis in qualifying for this year's 24 Hours. Another Charouz entry is the Team Cytosport B07/17 Judd , with Greg Pickett, Klaus Graf and Jan Lammers.The third P1 car is the Chamberlain-Synergy Motorsport Lola B06/10 AER with drivers Bob Berridge, Gareth Evans and Amanda Stretton.

Representing the new generation is the Speedy Racing Team B08/80 Judd, with drivers Steve Zacchia, Andrea Belicchi and Xavier Pompidou. The B08/80, like its B08/60 sibling, is a closed-cockpit design, but optimized for the lighter minimum weight of the P2 class.

Best exotic cars on sale for over $1 million

Rimac reveals Bugatti has all-new car in development for 2024

Best exotic cars on sale for over $1 million