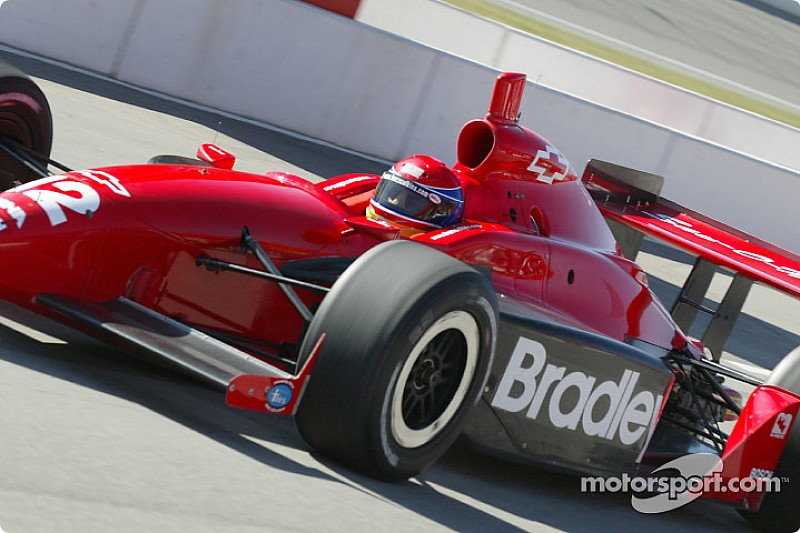 It was inevitable, and perhaps the biggest surprise is that it took so long.

In late June, Walt Disney World in Orlando will eliminate the Disney World Speedway, the weird one-mile tri-oval built on the edge of the theme park in 1995. Closure date for the only business left at the track, the Richard Petty Driving Experience, is June 28.

The track was constructed on a shoestring budget – reportedly just $6 million, and even that may have been overstating it – to give the Indy Racing League a Florida venue. Grandstands and even the bathrooms were temporary. There were no real garages in the infield. (How cheap is $6 million for a race track? The International Speedway Corp.  is spending $400 million on the "Daytona Rising" makeover for Daytona International Speedway.)

The problem with the 'Mickyard," so nicknamed because regarded as a baby Brickyard, was that Disney wanted the race in the winter, when park attendance needed a boost. So the first Indy Racing League event was held January 27, 1996, and every IRL race afterwards, through 2000, was held the last week of January.

That first event was the first IRL race ever, won by the answer to a tough trivia question: Buzz Calkins (in photo above). Part-time Orlando resident Eddie Cheever, Jr., won the rain-shortened (more like monsoon-shortened) 1997 event. The last three races were won by Tony Stewart, Cheever again, and Robbie Buhl. A couple of NASCAR Craftsman Truck Series races were held there in 1997 and 1998, as well as some USAC Silver Crown and Formula Ford races.

The track was the scene of some horrible crashes, most notably those by Davy Jones (broken neck), Eliseo Salazar (broken back), and, of course, Sam Schmidt, paralyzed after a testing crash in 2000.

The central problem with the track was the Disney did not want racing during its prime tourist season, meaning the IRL and the NASCAR truck teams were being asked to interrupt their off-season, tow to Florida and put on a race, on a date weeks after the last season ended, and weeks before the new season would resume. Sometimes teams would piece together one of last year’s cars to make the race – seldom were brand-new cars ready for the event.

It was all over by 2001. The grandstands, all temporary, were long gone, and the track just sat there with minimal use.

It became, however, the busiest location for the Richard Petty Driving Experience, because it was able to stay open year-round, and had plenty of room to house and work on the cars. At the other Petty locations, they had to schedule around events and testing at the tracks, but at Orlando, they were the event.

That said, there was an arms-length agreement with the theme park -- the track was told to significantly muffle the cars, ostensibly because Disney didn't want guests to be bothered by the noise. Some Petty employees suspected the real reason was because the park didn't want guests to abandon proper Disney rides to head off to see where that sweet V-8 noise was coming from.

The Indy Racing Experience found a home there briefly, with two-seaters used to give rides, and retrofitted one-seat racers powered by engines from Honda Gold Wing motorcycles available to drive.

And on a rather awkward course using part of the infield and part of the oval, Petty began a successful Exotic Driving Experience in January of 2012 that allowed customers to drive Ferraris or Audi R8s or other exotics on the track. Petty, obviously, will close the Orlando location in June.

The deal between Petty and Disney was always almost a day-to-day existence, with the school knowing that someday, Disney World officials would find another use for the land the track was on, located next to the Magic Kingdom. Disney always keeps future plans close to the vest and will only say the track is being removed for “transportation improvements.”

Occasionally, inquiries were made as to whether the track might be available for professional events. When the Performance Racing Industry show was being held in Orlando before it moved back to Indianapolis, there was talk of hosting some races at Disney World in conjunction with the show, instead of the tired Orlando SpeedWorld. Disney reportedly showed little interest.

In addition, the hurry-up paving job was becoming pretty porous and grainy, with repairs made only as needed. Having driven on the track in the Petty stock cars, the Petty Exotics and the Indy Racing Experience cars, I can safely say that for the track to host pro racing again, it would have required a significant investment.

Still, it’s sad to lose another racetrack, especially one that could have, should have, suceeded on some level. RIP, Mickyard.

New member of the GT family at Porsche