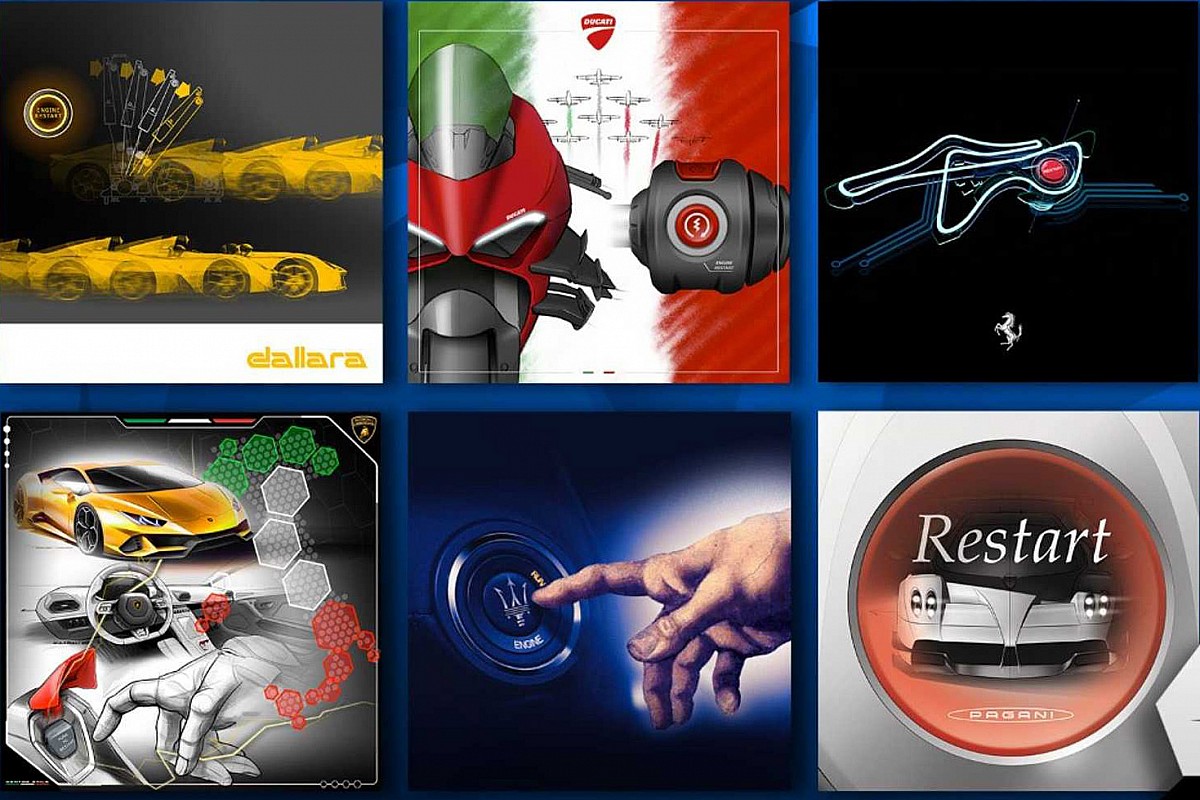 The Design Centers of Dallara, Ducati, Ferrari, Lamborghini, Maserati, and Pagani have interpreted what it means to restart the country.

This poster is perhaps the most technical visual of them all, which is as it should be for a company born and raised thanks to its engineering skills. The protagonist – captured in acceleration – could only be the Dallara Stradale.

This brand, which builds the most desired Italian motorcycles in the world, has developed a tricolor theme for its poster, complete with Frecce in parade formations. The motorbike portrayed is the latest evolution of the Bolognese superbike, the Ducati Superleggera V4.

The Ferrari Style Center has chosen a futuristic theme and presents its Restart button with the legendary Fiorano track (its home track) reproduced with a sort of hologram, which is very sophisticated in its design. Signed, the Prancing Horse.

From Maranello we move to Sant'Agata, where the latest evolution of the Lamborghini Huracan is presented alongside the Italian peninsula reconstructed in hexagons, a shape that characterizes the style of Lambos in recent years, but which was invented by Marcello Gandini in the '60s.

The Trident of Modena has recalled for its poster one of the two most famous (Italian) hands in the world, the one designed by Michelangelo Buonarroti in the Creation of the World (1511), which is part of the decorations of the Sistine Chapel.

Pagani's artistic elegance is presented through the image of the Huayra hypercar, which can be seen inside a large red starter button. It's simple, minimal, and above all direct.

Designing a car: A dream, a profession... the great testimonies