The organiser of Formula 1's Saudi Arabian Grand Prix, Extreme E, Dakar and Formula E races alongside a 2023 MotoGP race and a soon to be announced WRC round, has won Motorsport Promoter of the Year at the Autosport Awards.

Having hosted its first motorsport event with Formula E races at the Diriyah circuit on the outskirts of Riyadh, Saudi Arabia has since added Extreme E events near the city of AlUla prior to bringing Formula 1 to the Jeddah Corniche Circuit in 2021.

“It was a tough situation, and we only had seven months and 20 days to build the track that will host the Formula 1 race.

“So for us to do it, and for a team that did not have that experience in running in such an event, it was like a miracle.

“The team we had working with this project, and their dedication and their enthusiasm, along with their passion about delivering this event on time – and not just a normal event, an amazing race, is all thanks to their efforts.

“This was their project, and I'm very pleased to be part of the team that managed to pull it off on time. We couldn't be happier.” 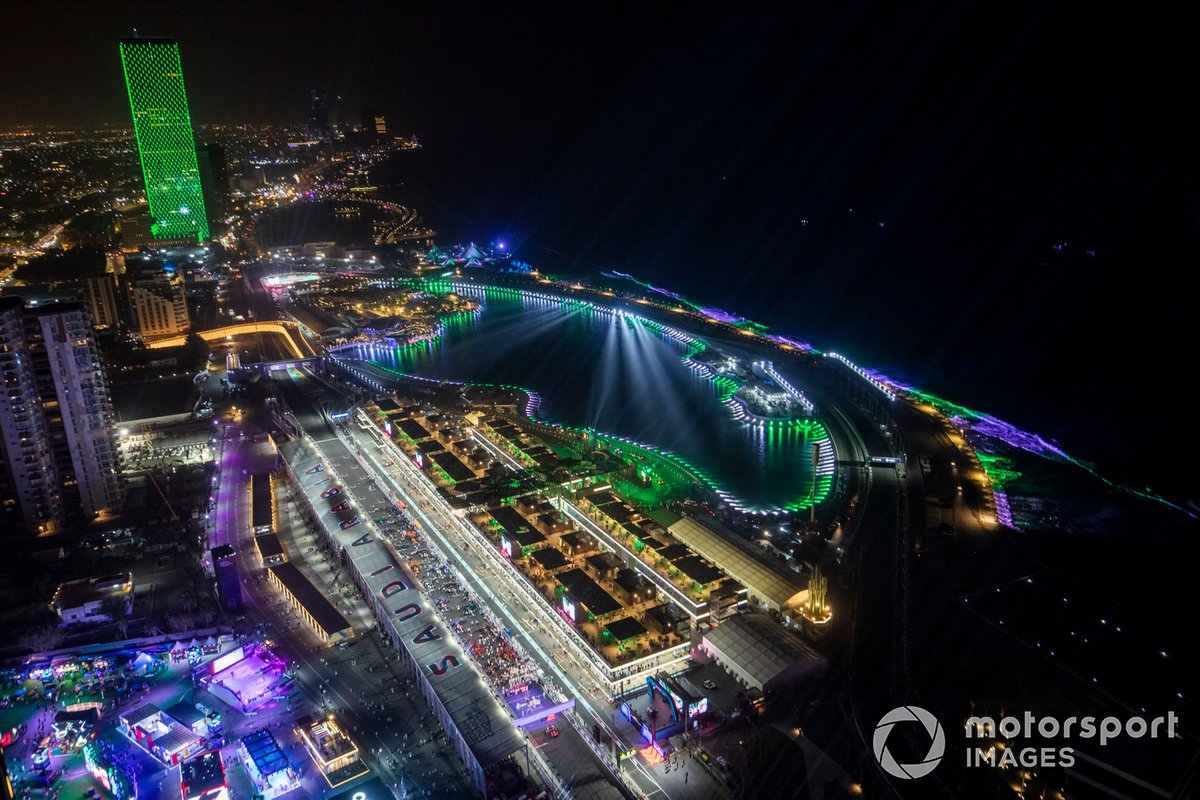 An aerial view of the Jeddah circuit

Prince Khalid added that he hoped future awards would follow, and that the success in managing the circuit build and events would be a springboard to bringing through more Saudi talent into F1.

“Hopefully it's just the beginning, and hopefully we shall achieve other awards in other sectors of motorsport,” he said.

“We are here to promote motorsport in our region and, hopefully, it will have a greater impact for the people in Saudi and we can inspire them to hopefully one day to be a race car driver, an engineer, a team manager, or a mechanic.

“It's a lifestyle and it's an opportunity to rise and shine and be different.”