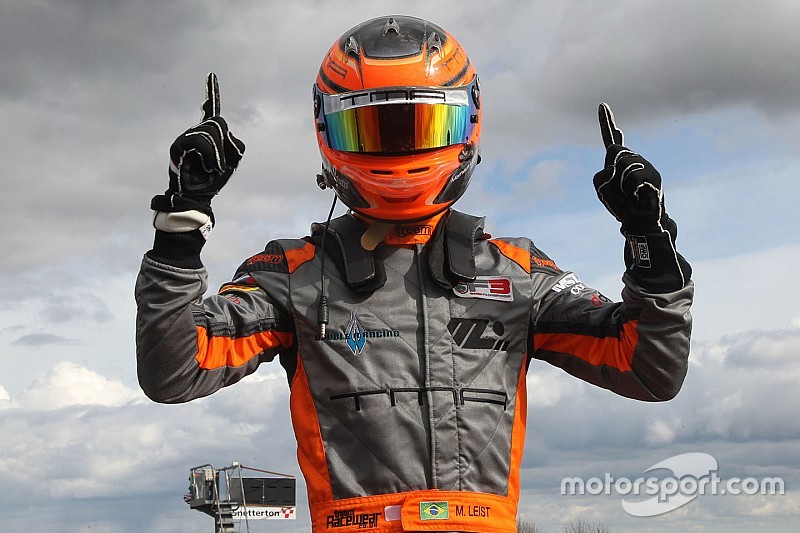 Matheus Leist set the pace in qualifying in the Brands Hatch round of the British Formula 3 Championship, knocking Ricky Collard off the top spot with 15 seconds remaining in the session.

The two drivers traded the top spot towards the end of the session as lap times tumbled with every lap, and the Double R Racing driver emerged the quickest in the end.

The Brazilian’s last-gasp attempt yielded a 1m20.416s, enough to outpace 2015 MSA Formula runner-up by nearly two tenths of a second.

Returning Raoul Hyman was not far behind in third place and will share the second row of the grid with Toby Sowery.

Championship leader Enaam Ahmed, who had set the early place with 1m23.300s, had to be content with fifth place, ahead of Sisa Ngebulana, who was also quick in the first half of the session.

Douglas Motorsport’s Thomas Randle and Tarun Reddy in the #14 Fortec rounded off the top 10.

Qualifying was halted twice due to two separate stoppages. During the early part, Colton Herta, who replaces Lando Norris this weekend, went off the track, necessitating a lengthy red flag.

The second interruption came midway through the session when Aleksanteri Huovinen made a similar excursion.