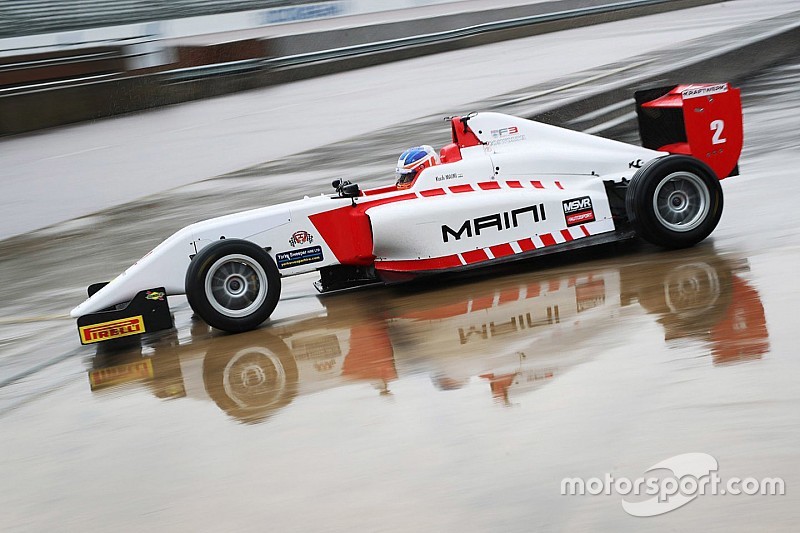 In relatively dry conditions that contrasted the Saturday weather, Maini made a blistering start from fifth on the grid, passing Jusuf Owega and Jamie Chadwick to move into third.

With the momentum on his side, the Lanan Racing also managed to dispatch front-row starters Sasakorn Chaimongkol and Chia Wing Hoong to move into the lead before the end of lap 1.

From there on, Maini was unchallenged for victory as he crossed the chequered flag 4.910s clear of Nicolai Kjaergaard.

"I think in the first lap it was a case of keeping my nose clean," he said. "Like we knew from the start of the season, our pace in the dry is superior.

"I need to work on the wet, personally I don't have enough experience and don't drive so well in the wet but we knew in the dry as soon as we started the season, we had really good pace, and I'm really looking forward to the next race."

With this result, Maini became only the second Indian driver to win a race in the current guise of British F3, joining Krishnaraaj Mahadik.

His elder brother and now Formula 2 race Arjun Maini finished second in the 2014 British F4 series, the predecessor to the British F3 championship, with several victories to his name.

Maini’s victory comes a day after he recovered from lap 1 melees to finish seventh in Race 1.