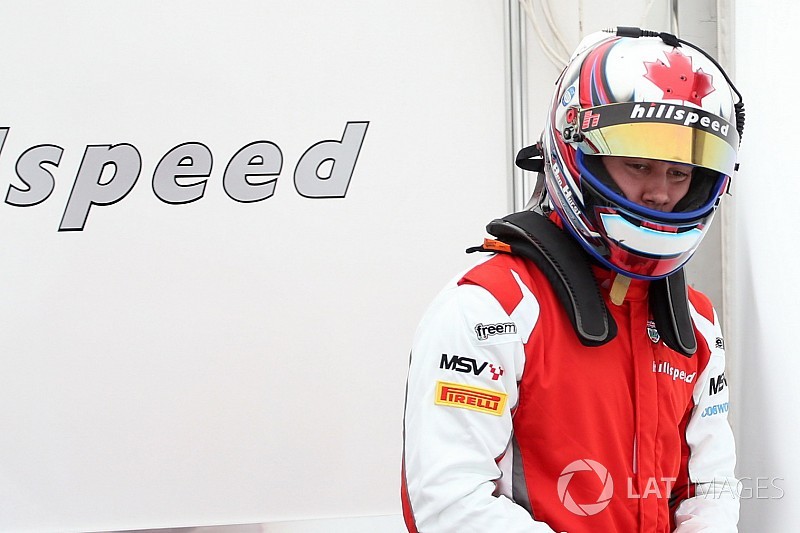 Reigning Toyo Tires Formula 1600 Champion in Canada, Ben Hurst made his first start in the BRDC British Formula 3 Championship this past weekend.

Twenty-one-year-old Ben Hurst, from Oakville, Ontario, has raced Formula 1600 open wheel cars in Canada for the past three years, with additional outings in the USA, and also in the legendary Formula Ford Festival in 2017 at Brands Hatch where he raced after being selected for the ‘Team Canada’ scholarship.

This season, Hurst is competing in the BRDC British F3 Championship with Hathersage-based squad Hillspeed, racing the No. 3 Tatuus-Cosworth F3 car.

“I’m really looking forward to getting started with Hillspeed,” said Hurst, who is currently based in the UK in Manchester. “It was the right time to make the step up into a faster car and I have found the right series and team to make that step with. It’s an absolute privilege to be racing in the UK against such high competition and I’m very excited for the new challenge.”

He and the other F3 competitors began their season at Oulton Park with three rounds held at the same meeting. In Round 1, Hurst claimed 15th place. In Round 2, He finished 12th, one lap down.

In Round 3, he crossed the line in 14th place, one lap down. He currently sits in 15th place in the drivers' standings with 17 points.