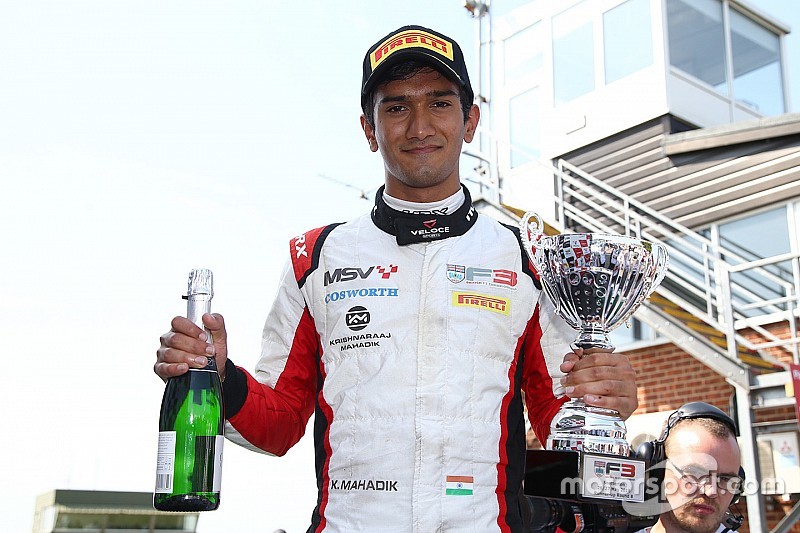 Krishnaraaj Mahadik will be racing this weekend at the iconic Brands Hatch circuit, the venue of his maiden British F3 win.

With that result he became the first ever Indian to win a race in the current guise of British F3 - and his feat was made all the more impressive by the fact that he hadn't raced for eight months in the run-up to the weekend.

Speaking ahead of this year’s Brands round, Mahadik says he is looking for a repeat of 2017 performance, taking encouragement from two podiums in the last three rounds.

“I’m very much looking forward to Brands Hatch because I have always had good memories at the circuit and I’m quite confident that we’ll come away with some great results this weekend as well," the Double R Racing driver said in an interview with the official British F3 site.

“The win last year was good but I know there were still mistakes in me and I’m going to make sure that I do my best and keep it as clean as possible this weekend."

"I want to perform the best I can, the team did a great job to give me a fantastic car at Spa and I hope we can keep up the good work and give our best to achieve the best result of the season (victory).”

Mahadik currently sits fifth in the championship in his first full season of British F3 after several partial campaigns in the UK-based international series.

He is one of the two Indian drivers on the grid alongside Kush Maini, who scored a victory himself at Rockingham and is third in the drivers’ standings.