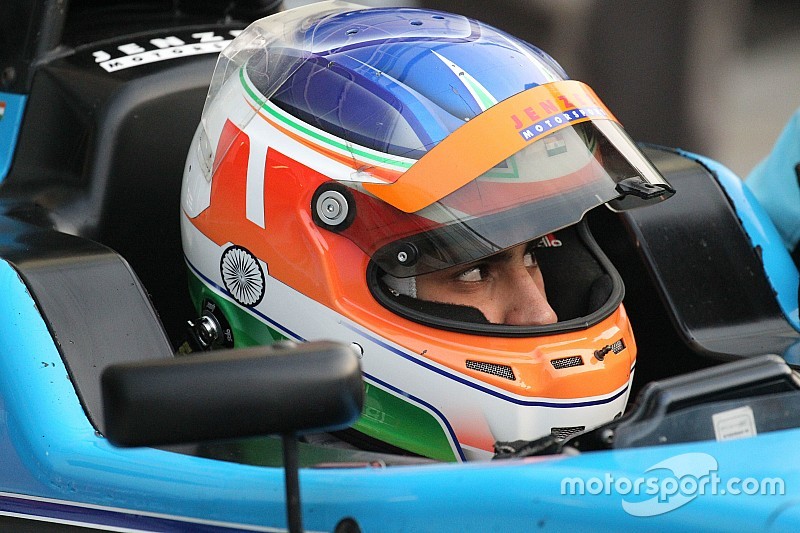 Kush Maini will graduate to the British F3 championship in 2018 with the frontrunning Lanan Racing squad.

Maini has spent the last two years racing in the Italian F4 championship, finishing seventh in the drivers’ standing last season with two podium finishes to his name.

His previous accolades including winning the 2011 JK Tyre Rotax Max Junior Karting title, a second-place finish in the WSK Euro Series and a fourth place result in the CIK-FIA World KF Junior Championship.

Moving to British F3 represents a natural step-up for the 18-year-old, who tested the series’ Tatuus-Cosworth car last year and immediately “felt really comfortable” with it.

“I’m really excited to be driving for Lanan Racing and in the BRDC British F3 Championship,” he said.

“Lanan has a history of success and based on the pre-season tests I’ve done, I’m highly confident about the season next year. Racing in British F3 was always an aim of mine and I’m looking forward to the challenges that will be presented to me in the 2018 season.”

Unsurprisingly, Maini will race for Lanan Racing, the same squad with which his elder brother Arjun finished second in the 2014 British F4 series.

Lanan Racing Team Principal Graham Johnson commented: “We are very pleased to confirm Kush Maini as one of our drivers for the 2018 BRDC British F3 Championship.

"We’ve already started a comprehensive test and development programme so he can learn the British circuits ahead of the season and he’s showing a lot of potential.

"It’s great to be re-united with the Maini family, with whom we enjoyed a fantastic season in 2014, and we hope for more of the same in 2018.”

How Indians performed over the weekend (August 4-6)